April is a Record Month for our Turtle Rescue Team

April saw a record total of six turtle rescues at Landaa Giraavaru! All of the animals were found entangled in ghost nets, but fortunately four of them were healthy enough to be returned immediately back into the ocean. 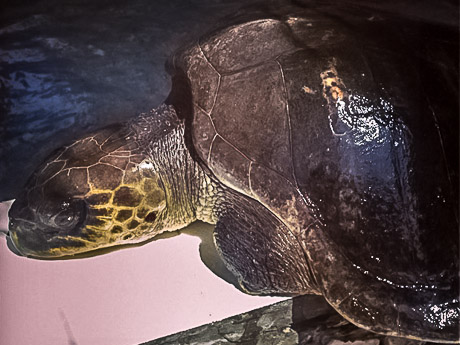 1) On 4 April, a juvenile Olive Ridley turtle (44cm carapace length) was found drifting in the ocean close to Reethi Beach Resort, trapped in a discarded fishing net. “Grace” as she has been named was cut free from the netting and admitted to our rehabilitation centre for a full health check-up. She was unfortunately missing her front left flipper due to a previous injury, and also exhibited signs of positive buoyancy. But a rapid recovery is expected, and she will be released as soon as her diving ability returns.
UPDATE: Our Turtle Rehabilitation Centre is currently running at full capacity with five patients, so Grace was transferred to our large offshore enclosure in the lagoon. She was feeding well but little improvement was seen in her buoyancy problems. Unfortunately, Grace escaped the sea pen during an extreme high tide on 27 April.

2) On 21 April a mature female Olive Ridley was found during a recreation trip near Bathalaa and was set free from a ghost net.

3) On the morning of 24 April, our recreation team recovered an adult male Olive Ridley turtle whilst on a fishing excursion. Spotted close to the island of Voavah (on the northern side of Landaa Giraavaru), he was badly entwined in a discarded fishing net so was brought back immediately to the Marine Discovery Centre for treatment. After a quick but thorough examination the injuries were thankfully found to be superficial, and he was released back into the sea.

4) And later that same day, the locals from the island of Kihaadhoo contacted us about another trapped turtle – also an Olive Ridley and a mature female this time. We were immediately able to despatch two of our experienced marine biologists out to the nearby local island to perform the rescue. Thankfully the animal was found to be in good physical condition, so we carefully cut away the old fishing net and following a quick inspection she was allowed to return back into the lagoon.
Special thanks go to the Kihaadhoo islanders, for alerting us rapidly about the stranded turtle, and for their increasingly important support of our turtle conservation work in the local area.

5) Another turtle was found entangled in a net close to the island of Voavah by staff member Farey from launch section. Again this was an Olive Ridley but this time a mature male – he was quickly cut free from the intertwined debris and allowed to swim away.

6) On 28 April, two turtles were found by staff member Hassan (from the recreation team) drifting in a fishing net close to the island of Thulhaadhoo (South of Baa Atoll). One turtle was a small juvenile Olive Ridley (~30 cm) but sadly it was already dead.

The other turtle we named ‘Igor’ – he was immediately admitted to our rehabilitation centre, but unfortunately needed to have his front left flipper amputated due to severe damage by the netting. He was given a dose of antibiotics to prevent infection and will be kept separately from the other turtles until the scars are healed.
Igor is not suffering from any buoyancy issues, and we wish him a speedy recovery and a quick release – hopefully within a week as our facilities are already running at full capacity!

Igor’s amputation wound has already started to heal well, and he’s in good health for release. 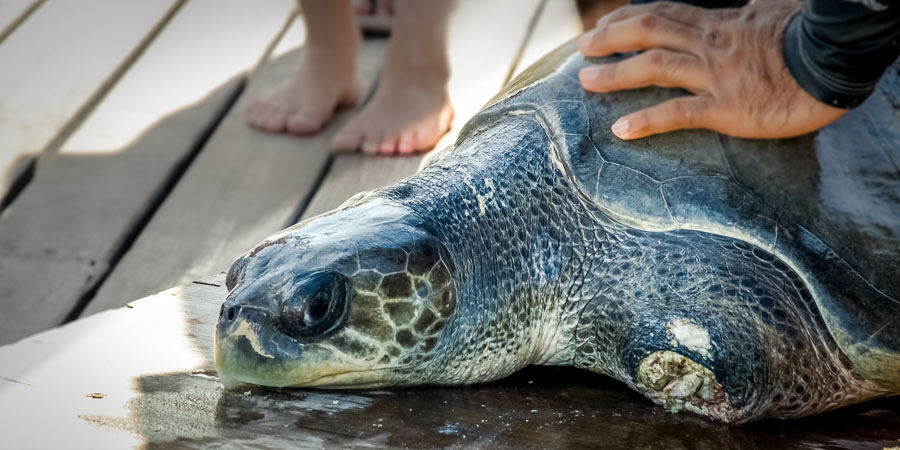 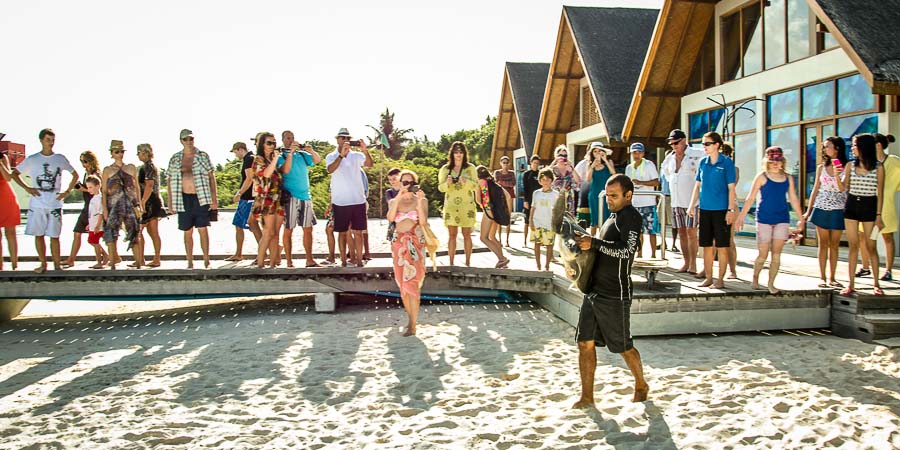 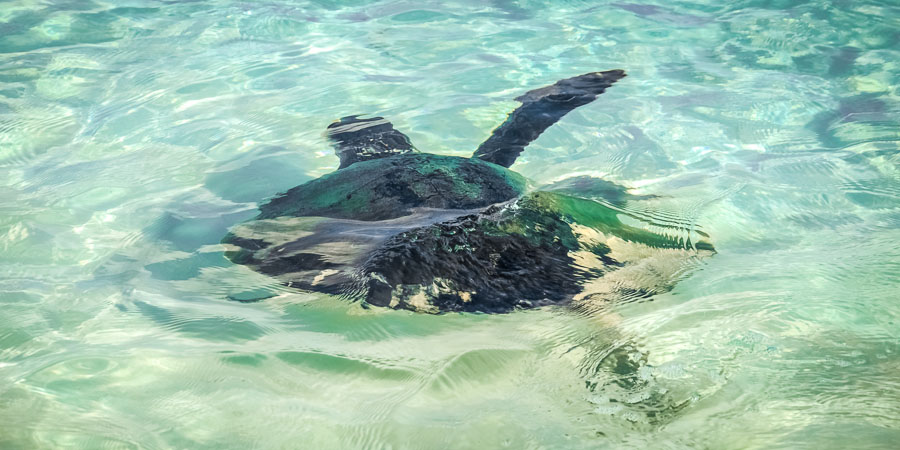