Annual Coral Spawning in the Maldives 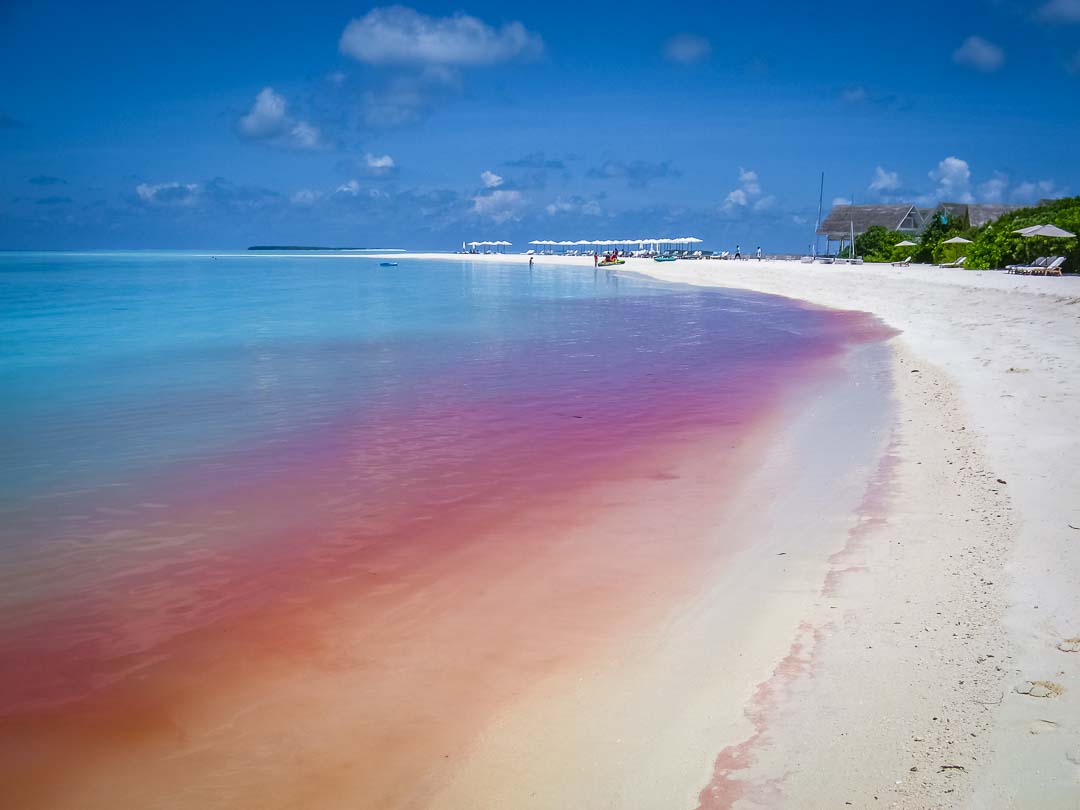 We’re approaching that time of year again here in the Maldives for the annual coral mass spawning event – an incredible natural phenomena that will see millions of corals simultaneously release their sperm and eggs into the water.

There are a few indicators as to when these incredible spawning events will happen, however, predicting them is very tricky. First, the coral polyps begin to produce pink or white gametes (small bundles of eggs and sperm, which get released into the water for external fertilisation). We initially spotted the presence of these gametes on 15 March – in both frame fragments and wild colonies of several Acropora species – but there has been no sign of spawning yet, perhaps due to this year’s weather being windier than usual. 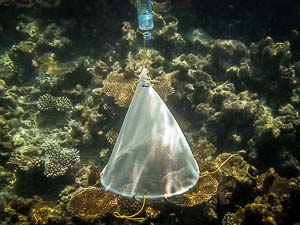 Spawning always happens at night, often around the full moon and after an increase in the sea temperature has stimulated the maturation of the gametes. But predicting precisely which night and at what time is another thing altogether … After hearing reports of some coral spawning in the Maldives over the weekend of the 23-24 March, we have been closely monitoring our lagoons looking for local signs of spawning. Having spotted gametes visible deep inside the skeleton of a few colonies, we know we’re not going to have long to wait! By way of an experiment, this year we have deployed different materials (terracotta tile, ceramic tile and a metal frame) at a depth of 5m in the lagoon to collect any settling coral larvae. We will retrieve these tiles after 2 weeks, in order to observe what species (if any) have settled on them. 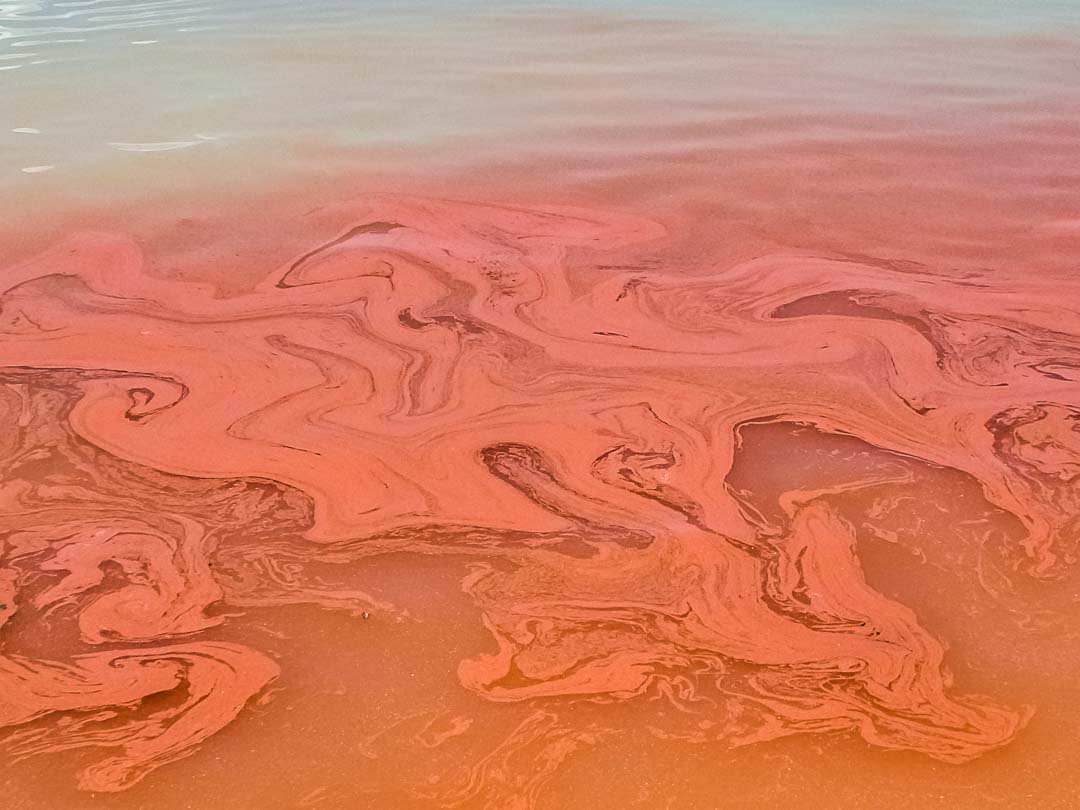 Whilst working on our coral frames on the House Reef at Kuda Huraa, we started to observe the development of gametes in some of them. Over the next couple of days we spotted even more, and on 20 April (five days before the full moon) we went down to the Water Villa area to look for signs of gametes being released into the water. When we first arrived at 21:30h there was nothing out of the ordinary, but just as we were about to leave we spotted a few gametes floating on the surface current. Over the next couple of hours the number of gametes increased and became much easier to see – they often show as a white or pinky-red ‘slick’ on the water surface, and when present in large amounts can be accompanied by a characteristic aroma likened to “sweet fish oil”. 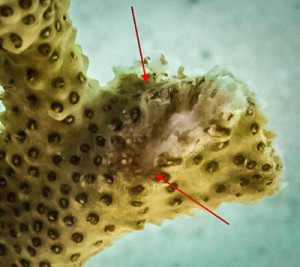 Sitting on the edge of the jetty like this in the dark did attract some questions from curious guests – so we explained what we were doing, and how unique this one-night annual (sometimes bi-annual) spawning event actually is. Soon we had a small interested group of guests sitting with us to enjoy the rare spectacle.
The following morning on the House Reef we observed that the corals were now missing their gametes – a good sign that the corals had all successfully spawned simultaneously overnight.

Things were slightly different in Landaa Giraavaru however – here, eggs were observed in coral colonies on various days, ranging from 22 April (Favites species) to 26 April (Acropora tenuis) but no single mass spawning was witnessed. In addition, on 24 April a group of night-divers observed the release of a “white cloudy substance” (assumed to be male gametes) from branching corals at a depth of 9m.
Read more about coral spawning here at NOAA.

On the night of 7 November 2014, which was a full moon, we were very lucky to witness and capture on film the coral spawning event at our house reef here at Four Seasons Resort Landaa Giraavaru !
20:30 – we noticed light pink eggs just under coral’s corallites (cup-like skeleton).
20:45 – many corals were seen to be spawning, and we successfully filmed Acropora humilis species as it released spawn on the natural house reef.
We were also excited to witness spawning from our coral frames, and captured this on film for the very first time. Watch the video to see coral frame #LG714 (transplanted on October 2010) successfully spawning, thus proving the reproductive success of our coral transplantation project.

A huge coral spawning event was witnessed on the southern beaches of Landaa Giraavaru in the morning of the 16 April 2016. Although the team went back in the water on the same night until 22h, no direct coral spawning was further observed. 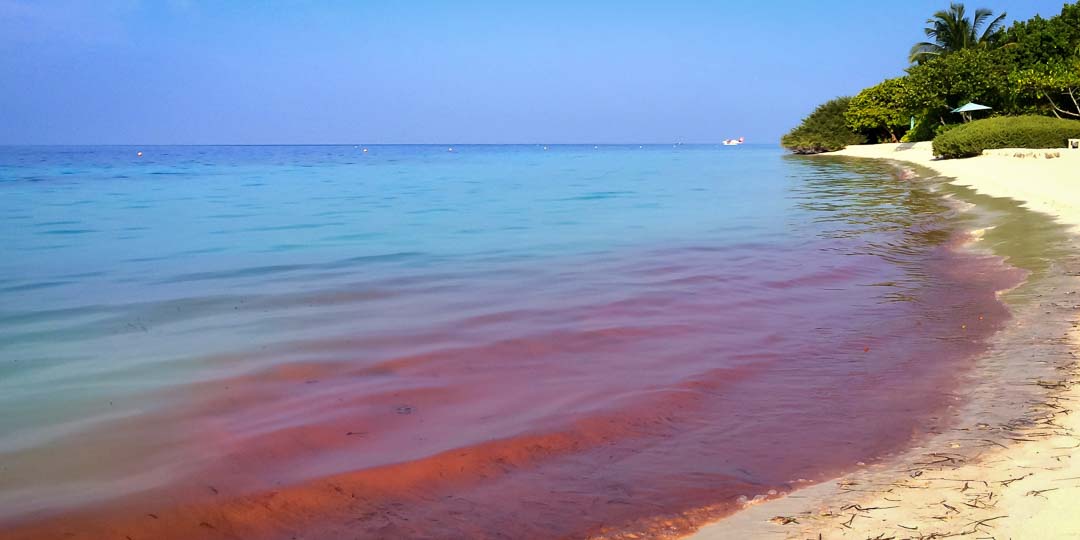