Trooper was found by Best Dives Vittaveli (South Malé Atoll), floating near the beach, entangled in a drifting ghost net. He was brought to us on 1 February for care and rehabilitation at our rescue centre.
Sadly, Trooper has lost both of his front flippers, and so cannot be released back into the wild. But that doesn’t stop our little fellow … he is full of energy, has a great personality and loves to go out for swims in the ocean! 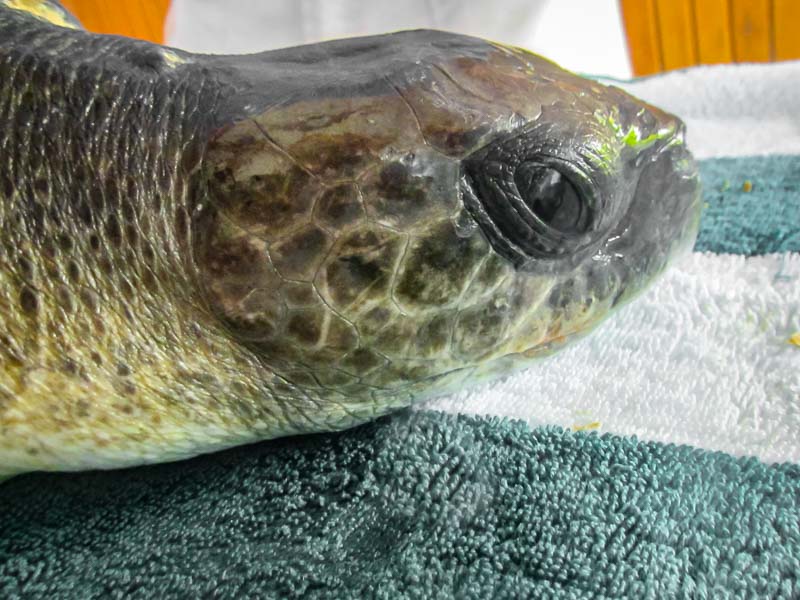 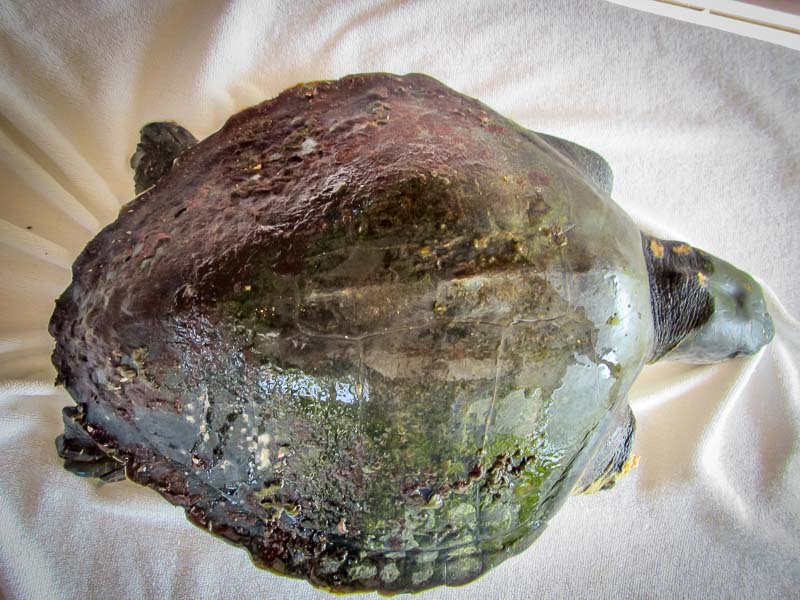 March 2018
Getting stronger by the day! Nothing makes Trooper happier than a good dive in the ocean ! So we take him regularly to the ocean where he is able to dive and swim around with no problems. He has a great personality and loves to chase after his food. 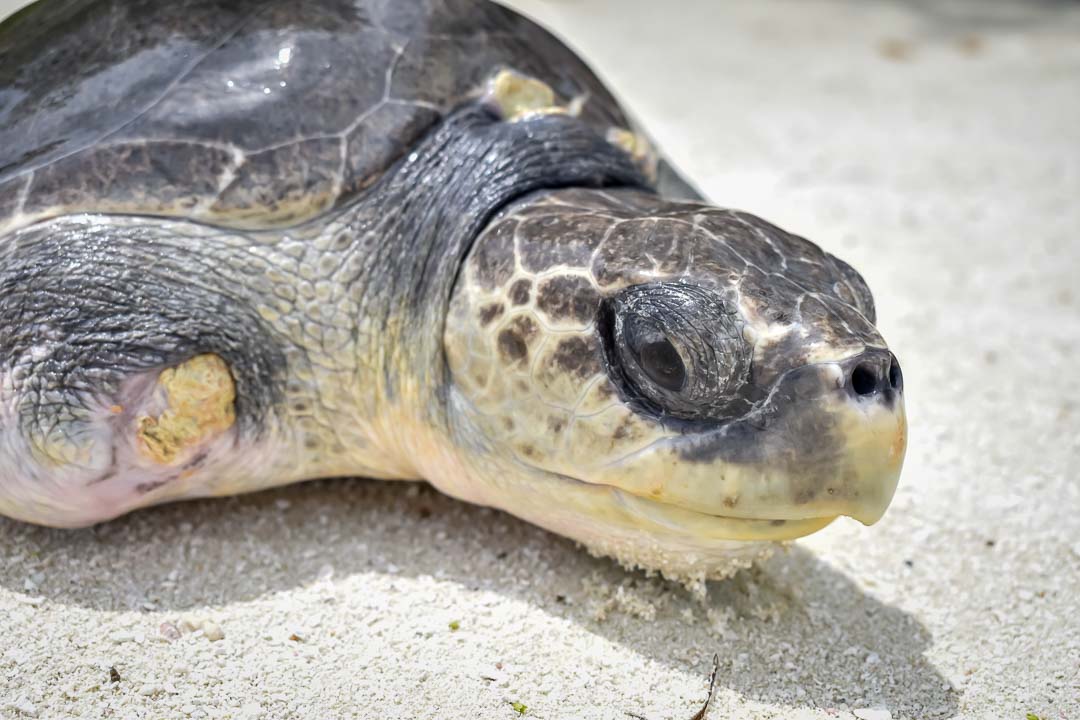 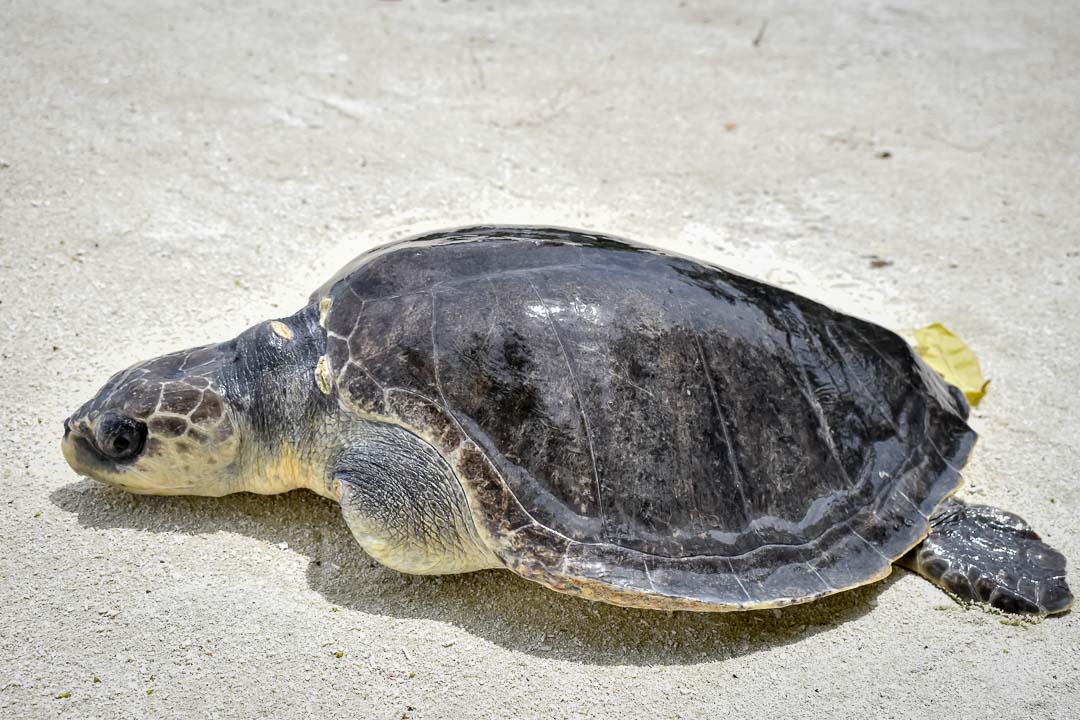 May 2018
Turtle ‘toys’ add interest to the pool, and Trooper likes to swim around and interact with the environmental enrichment devices (EED). We are working with a UK company to build Trooper some prosthetic flippers. We have made moulds for his stumps, and currently the first flipper designs are being made. 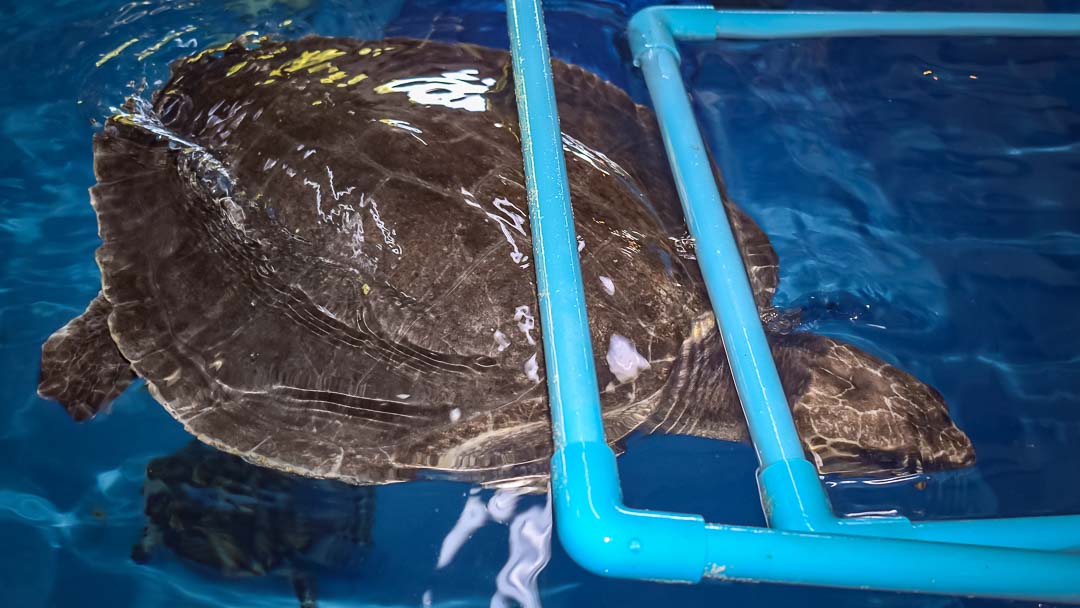 After posting a video to social media, featuring Trooper swimming in the lagoon with great enthusiasm and attempts at diving, we received an offer of help. Sarah Eccleston, Director of Architectures and Software (UK) at CISCO, started to contact different companies to help Trooper. When word reached 3D-printing company ‘3DPrimo’, directors Dr Andrew Green & Dr Diane Taktak kindly offered their assistance and expertise.

After several discussions about Trooper, 3DPrimo sent us a special mouldable plastic sample (‘Polymorph’) to obtain an accurate representation of his stumps. The mould was returned to the UK, to be used to create some prosthetic limbs. After several weeks, we received the prototype prosthetics and a neoprene vest for attachment. Following some minor customisation, the prosthetics were attached successfully! Trooper then required some time to become familiar with the idea and to adjust his behaviour accordingly, to account for the extra weight of his new limbs.

Trooper was able to move the prosthetics and use them to swim and manoeuvre around his pool. But after a couple of weeks, he became lethargic and stopped eating, showing signs of depression. So rather than giving him time and space to learn how to best use his new limbs, we gave him lots of extra hands-on attention and encouragement, and Trooper was soon back to his old self again! We added a layer of silicone to provide better grip between the stump and the plastic, and Trooper now uses the prosthetics for a couple of hours each day, including his swims out in the ocean. We are closely observing how he uses the prosthetics, so we may improve the attachment and orientation, and Trooper will need some weeks to build-up his lost muscle strength.

The long-term goal of this project is to provide prosthetics for all our amputee patients in the future, to help them swim more strongly and hopefully be able to dive down to feed again. 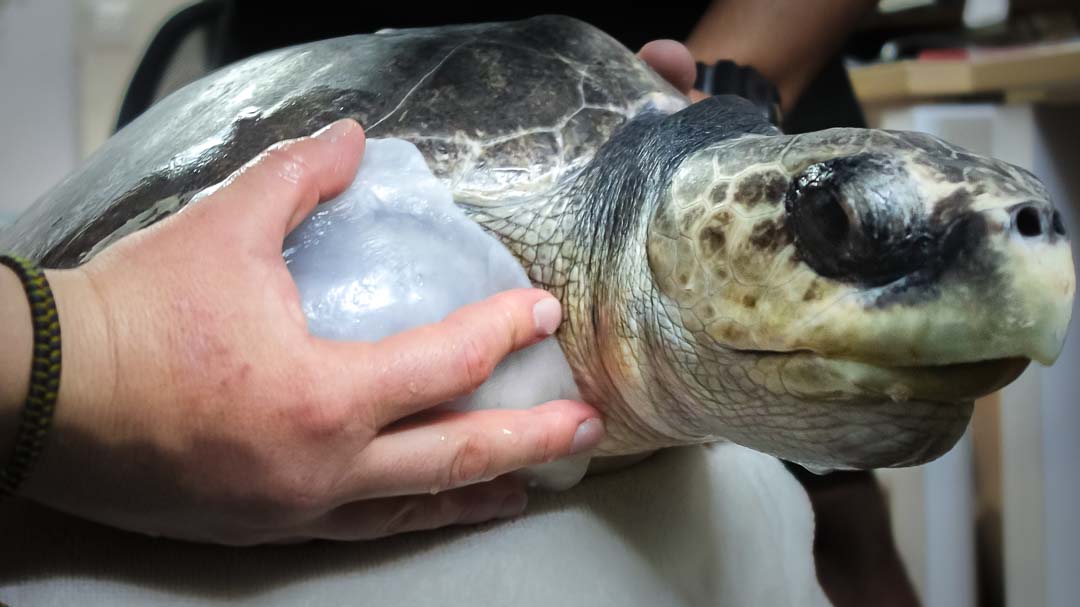 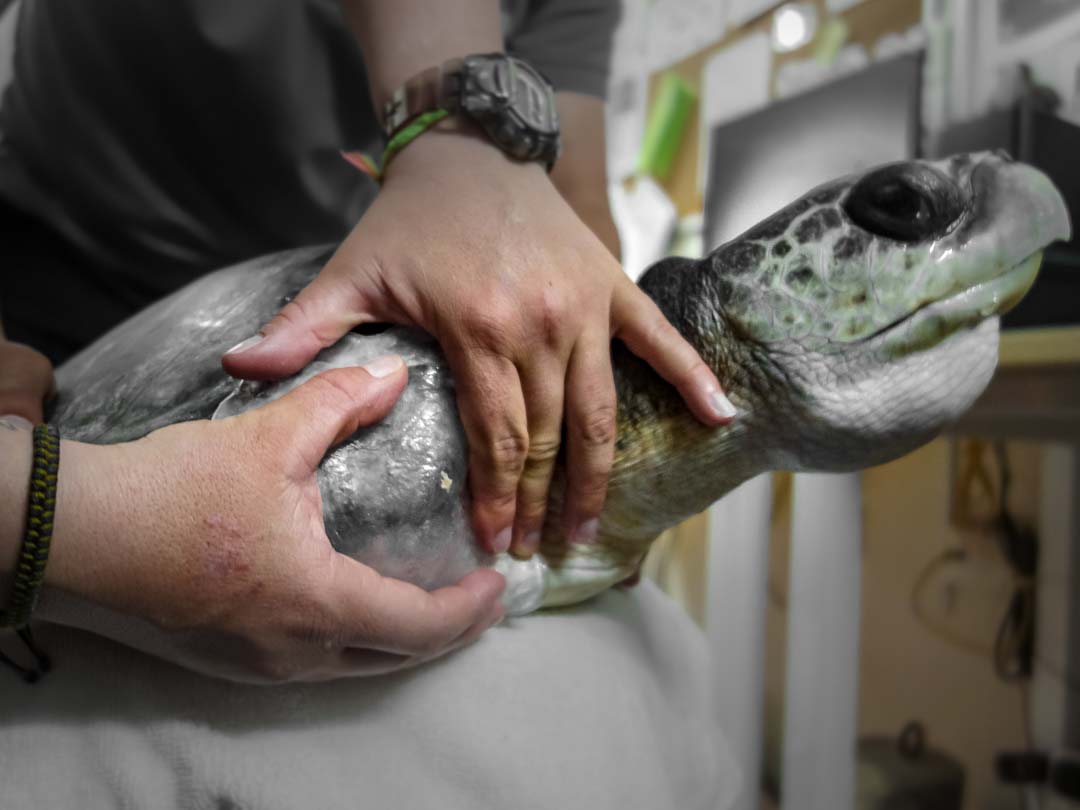 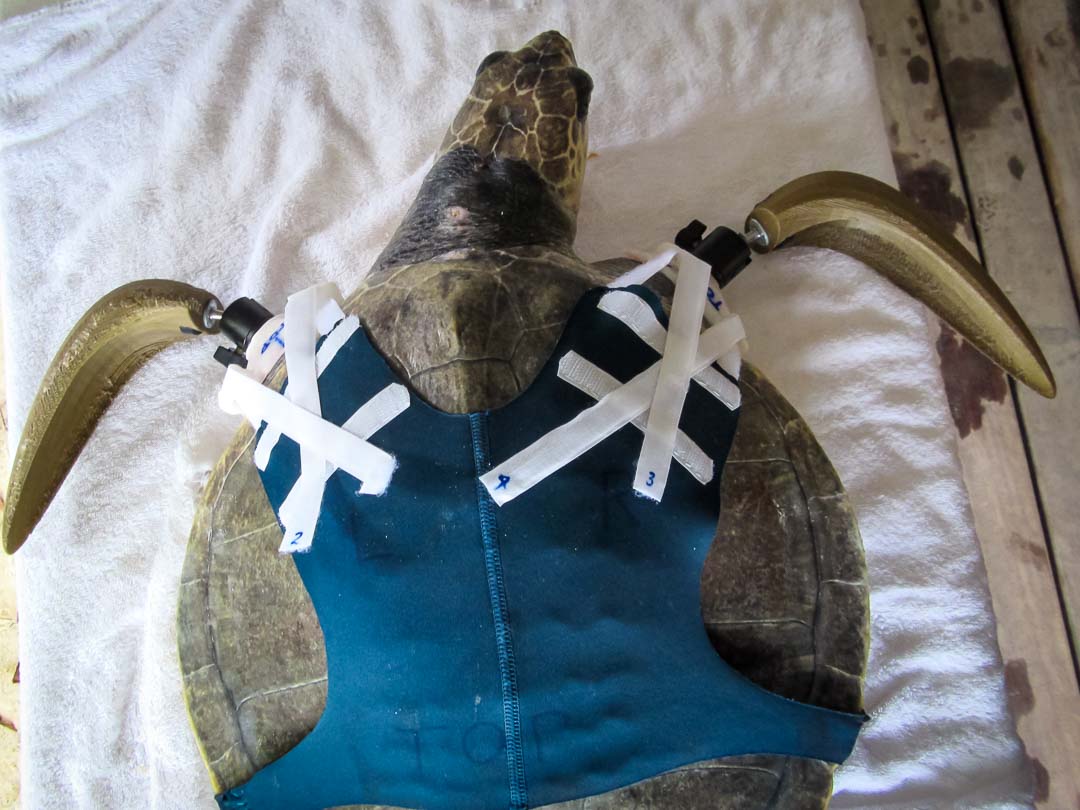 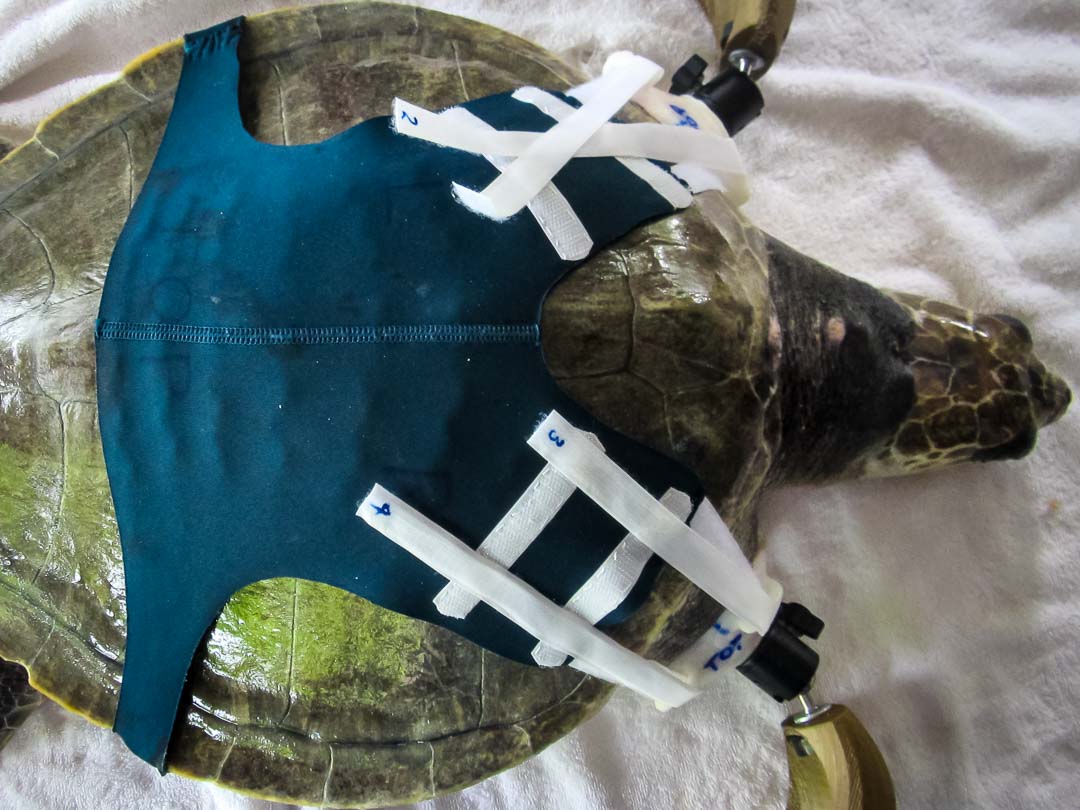 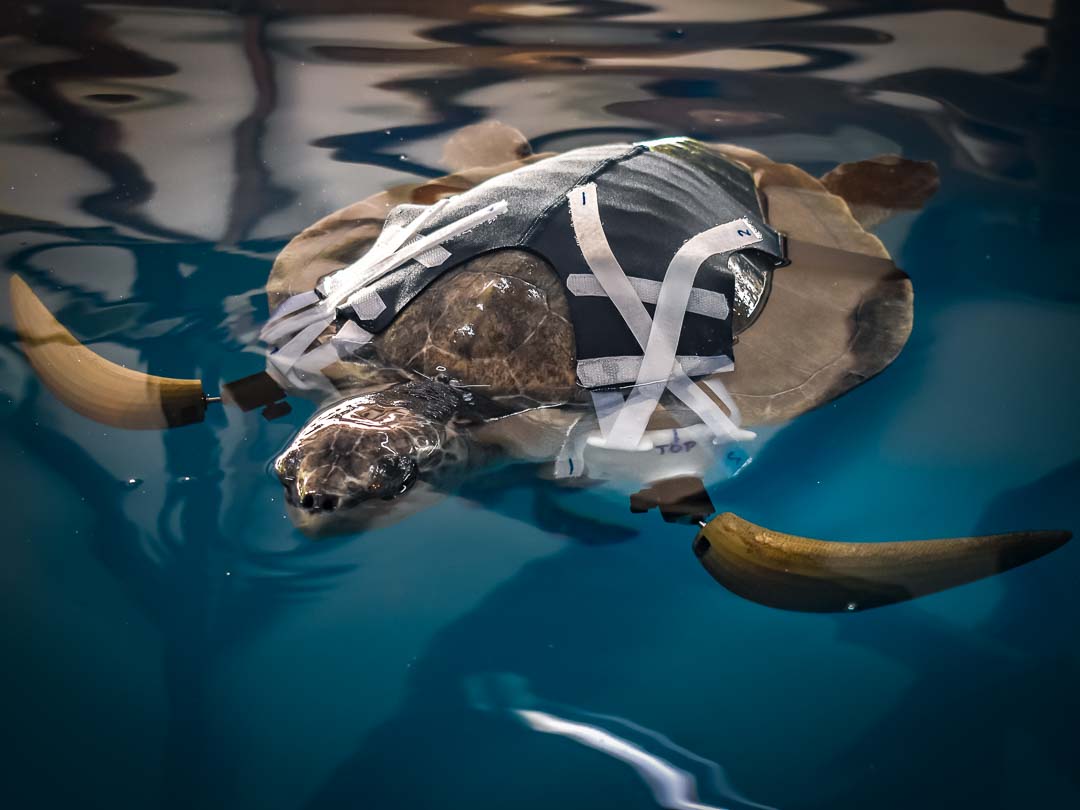 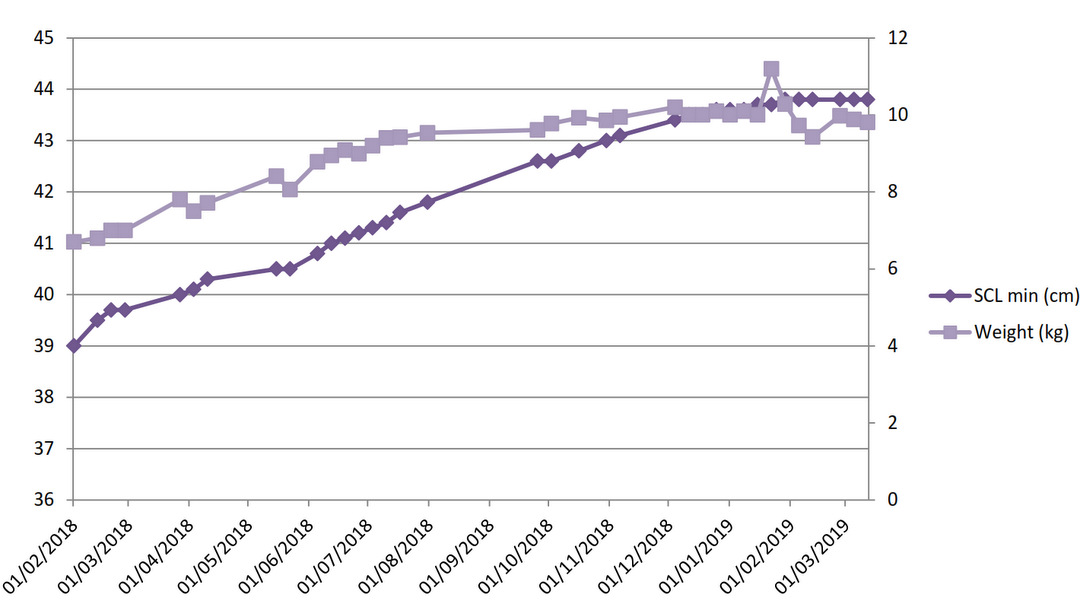 Trooper shares his pool with the green turtle hatchlings, and is healthy and active. He goes out for swims in the ocean, and is able to dive down below the water surface.

Trooper is being treated for an ear infection, is under close observation.

Towards the end of the month, Trooper started to have breathing problems. He also presents a lung infection and heart arrhythmia. He is under close observation and treatment at our Centre. 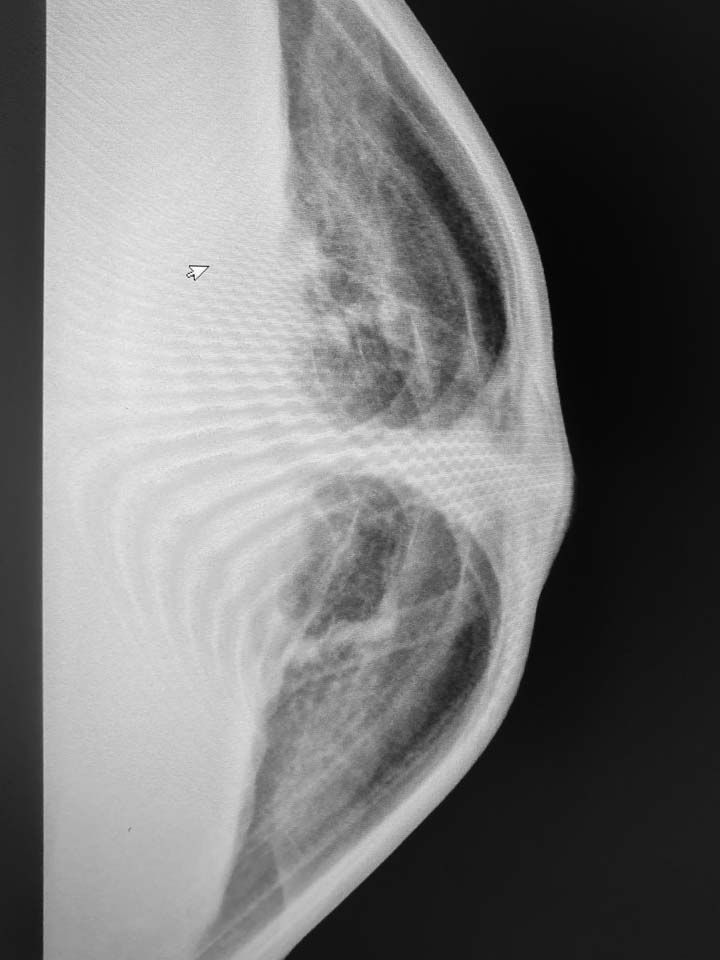 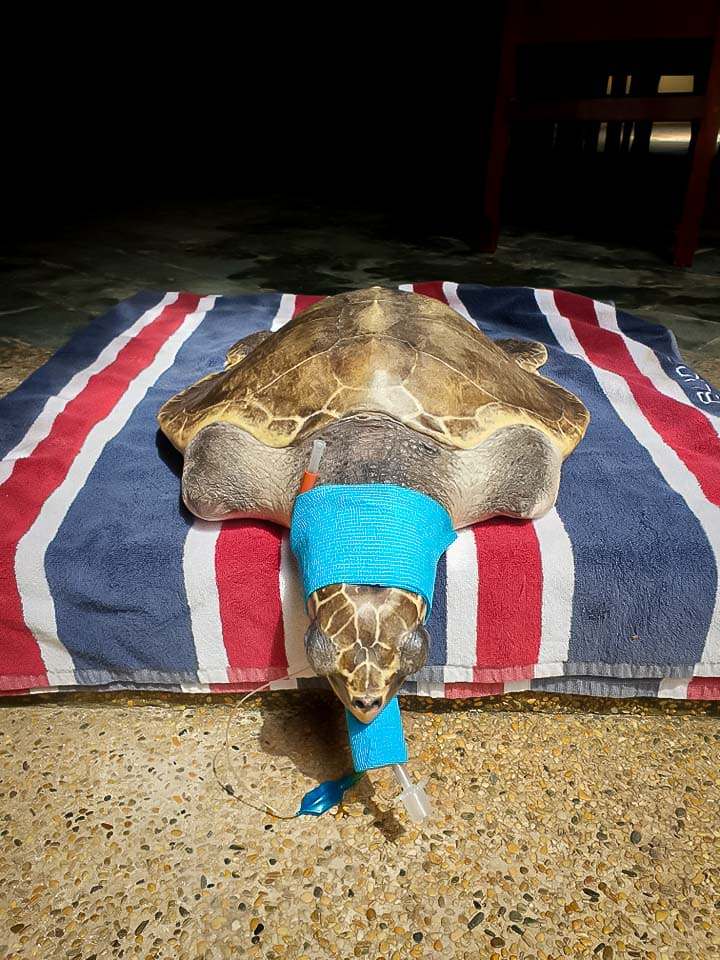 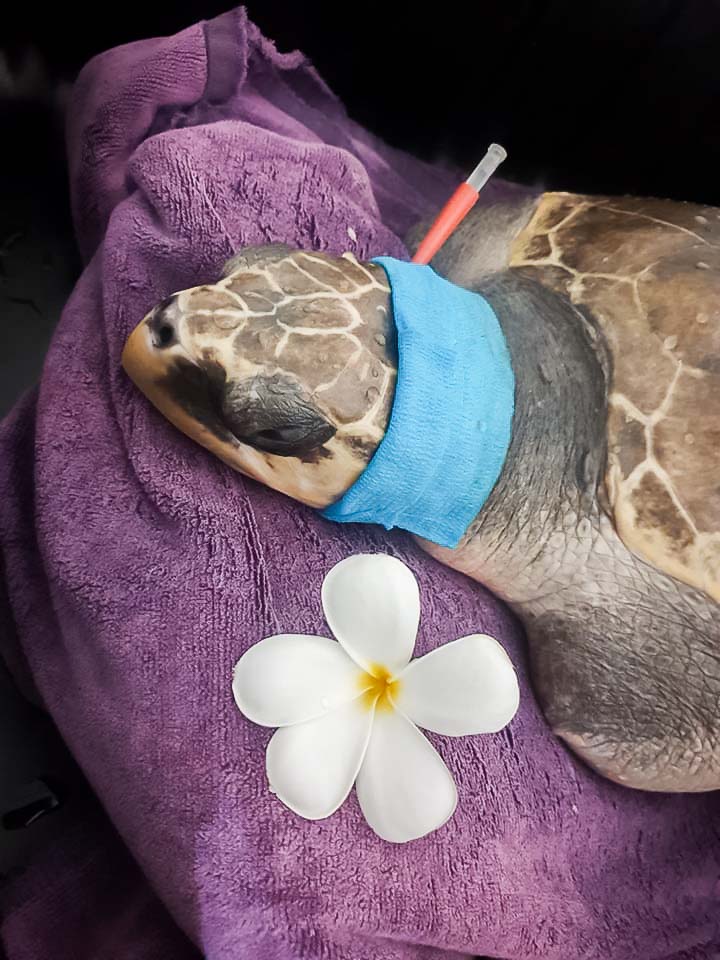 Sadly, Trooper died today, and we will miss him dearly 🙁

Trooper was found unresponsive in the pool, and a subsequent necropsy revealed liver failure.

We want to thank ORP veterinarian Jackie for everything she did to improve his failing health these final weeks, and thanks to everyone who shared Trooper´s 18 month journey with us.