Admission notes: The turtle arrived in poor condition – almost complete algae cover on soft skin, carapace and plastron and emaciated. The turtle was placed in a freshwater bath to help with hydration and algae removal.

Due to the turtles poor body condition, tube feeding was started on day three with Fatty Gruel (fish, pedialyte, glucerna, cod liver oil, flax seed oil and vit E) after the turtle has been successfully defecating – indicating no intestinal blockage. The turtle is also receiving daily Reptile Ringer in addition to two daily tube feedings. Regular weight checks will be completed to ensure the turtle is steadily gaining weight.
The turtle is very lethargic and remains in very low water to prevent drowning due to weakness. Currently, the turtle has made no attempts to swim and often remains in the same position placed after feedings.

October 2016
Gili began to successfully feed without assistance on 12 October after the PM tube feeding and has continued to eat consistently. Gili remains very active and has been moved into a larger pool.

November 2016
Gili continues to thrive and is now off all medications and is eating all food offered. The turtle needs to gain additional weight before release as the BCI (Body Condition Index) is still poor.

February 2017
On 6 February, after 139 days of rehabilitation and care at our turtle rescue Centre, it was time for Gili to return back to the wild. During her time at Marinesavers, she put on some much needed weight … over two kilos since her arrival! As Gili was one of the resident turtles found on Gili Lankfushi’s house reef, we thought it appropriate that the team who found her were also able to take her back home! She was successfully released, with guests cheering her on. After a few struggling attempts to dive down, she made a speedy readjustment and was soon exploring the surrounding reef.
We hope that she will continue to be seen more times in the future! 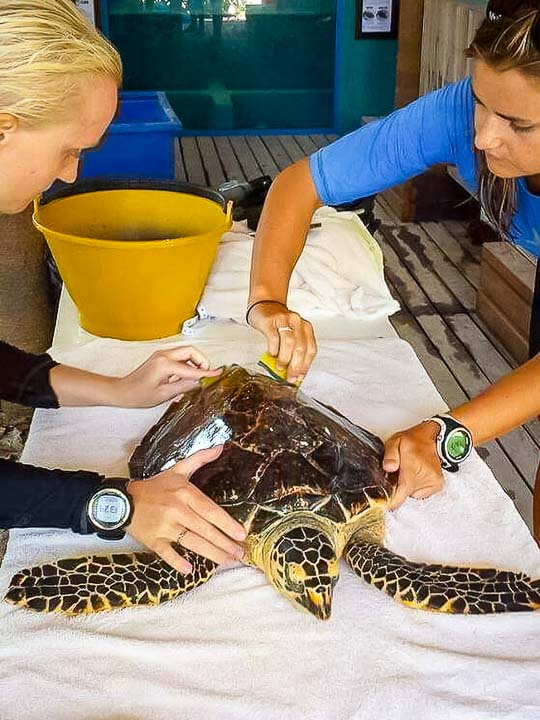 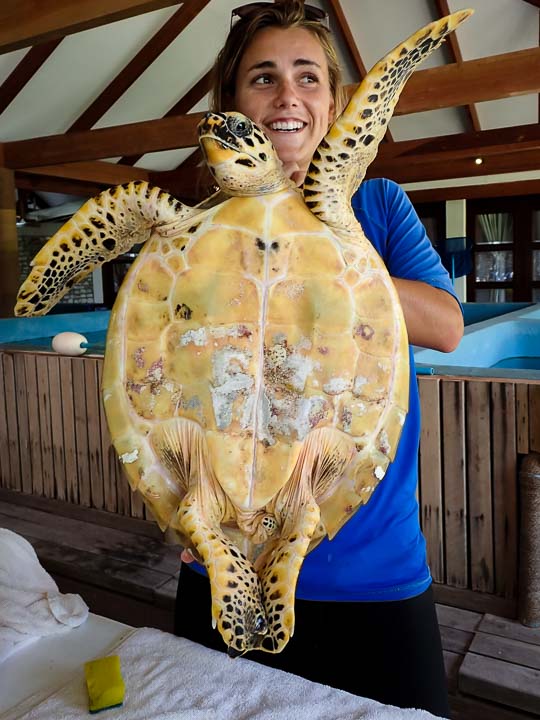 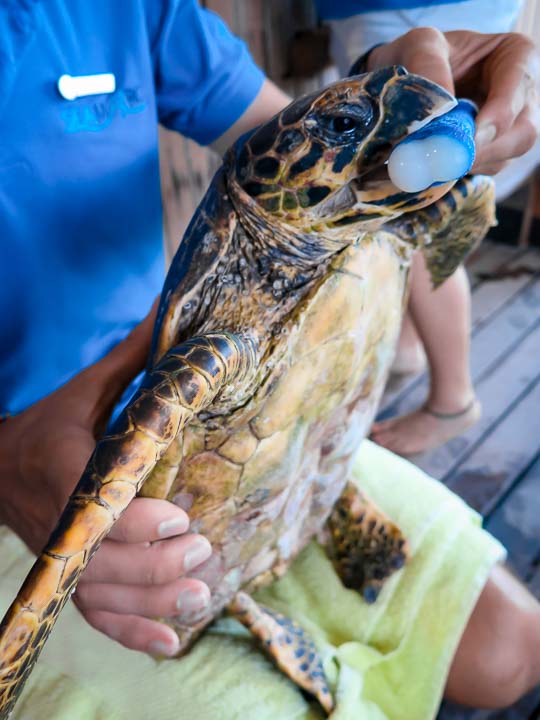 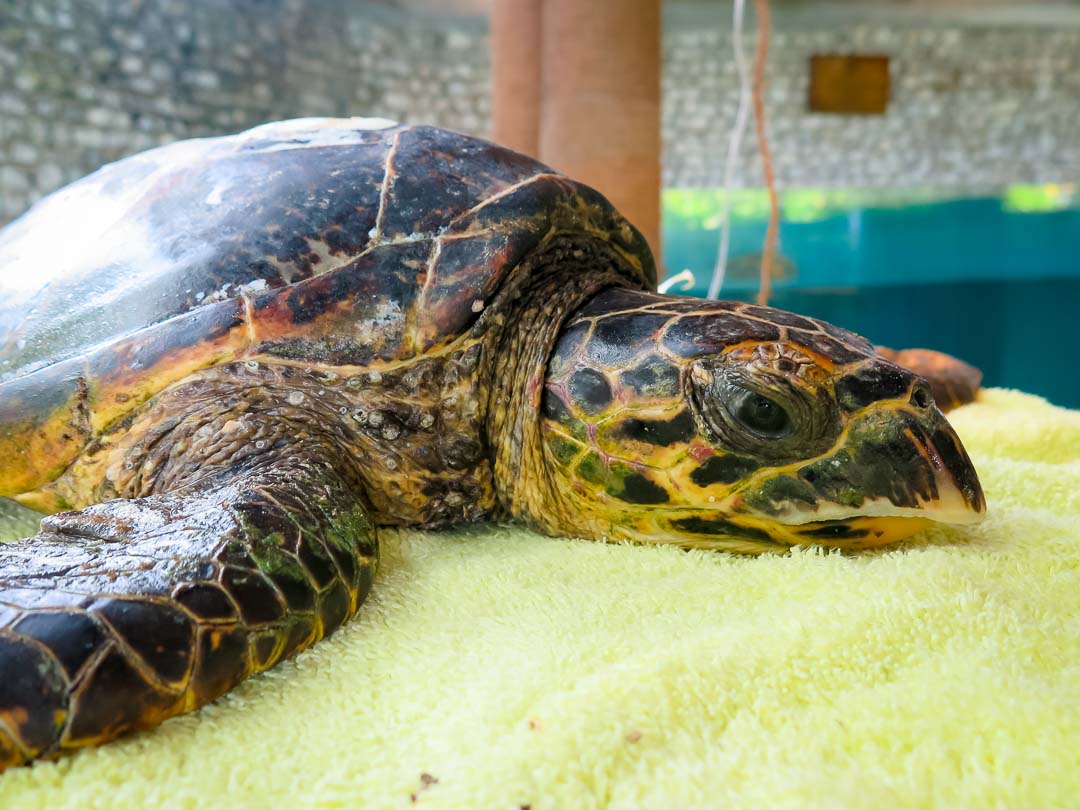 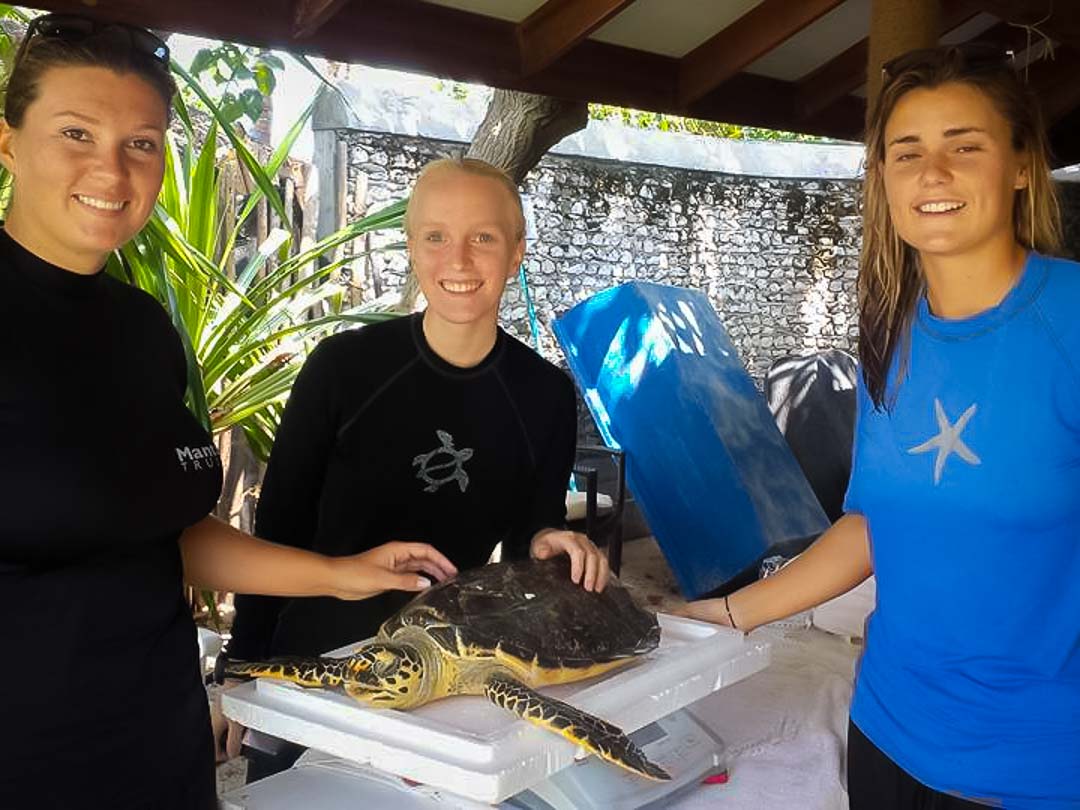