Captain was found entangled in a large ghost net and thankfully without injury, but was unable to dive upon immediate release back into the sea. Captain arrived at our turtle rehabilitation Centre in poor body condition – emaciated and dehydrated. After fluid therapy, the turtle was placed in our largest rehabilitation pool and give anti-gas medication. After 12 days on this treatment plan, Captain began to dive and is gaining much needed weight. 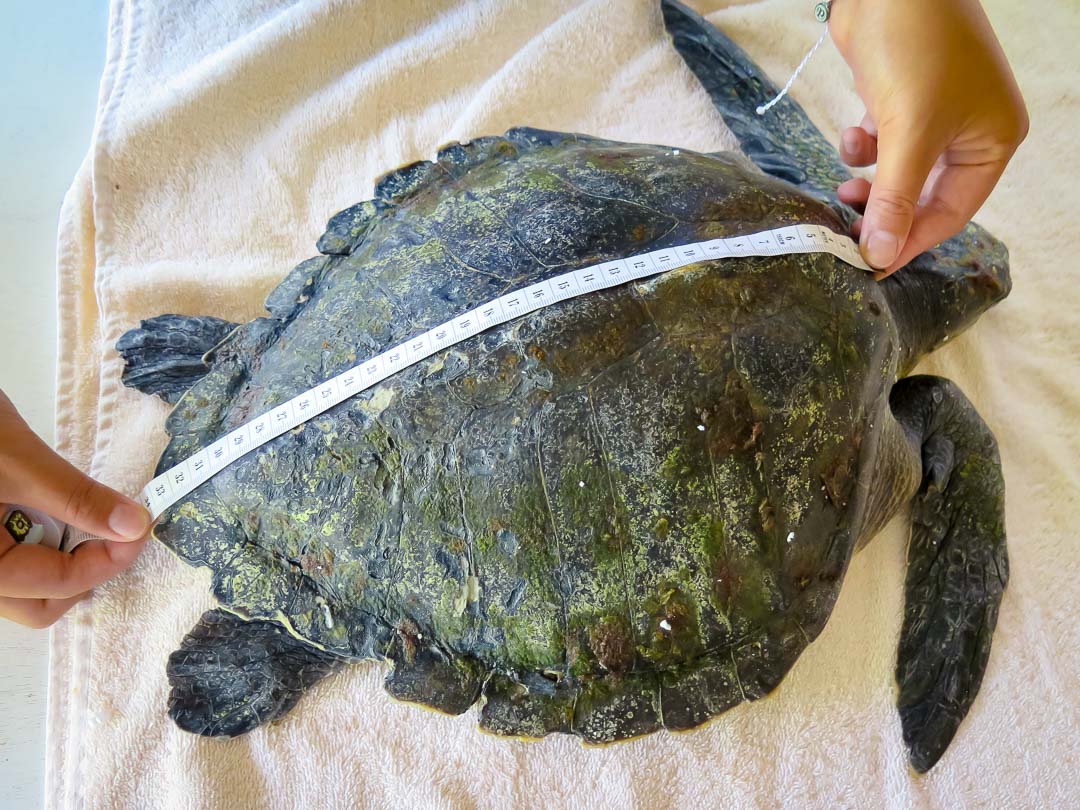 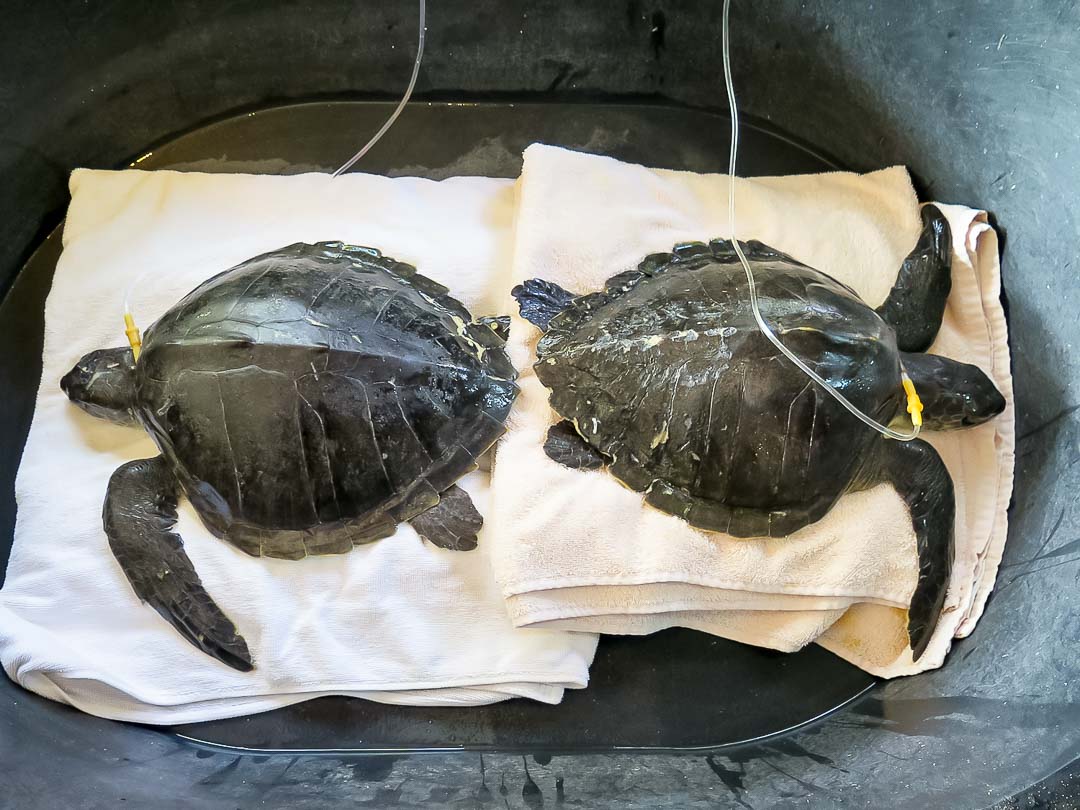 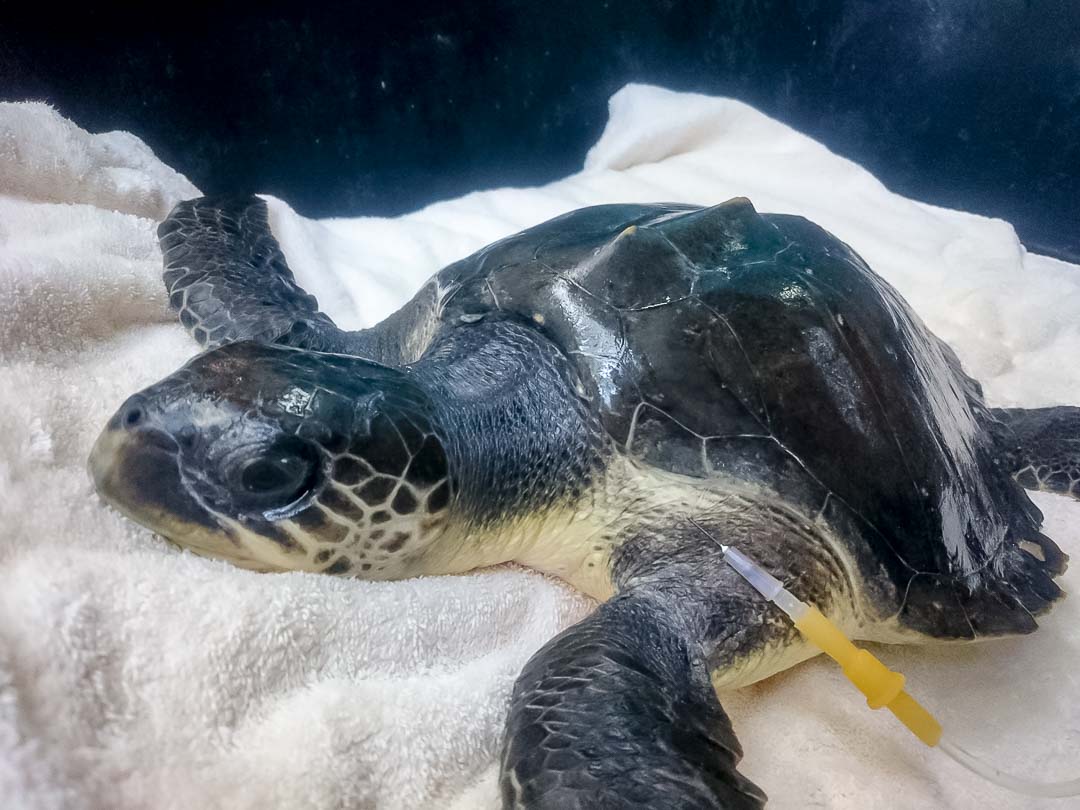 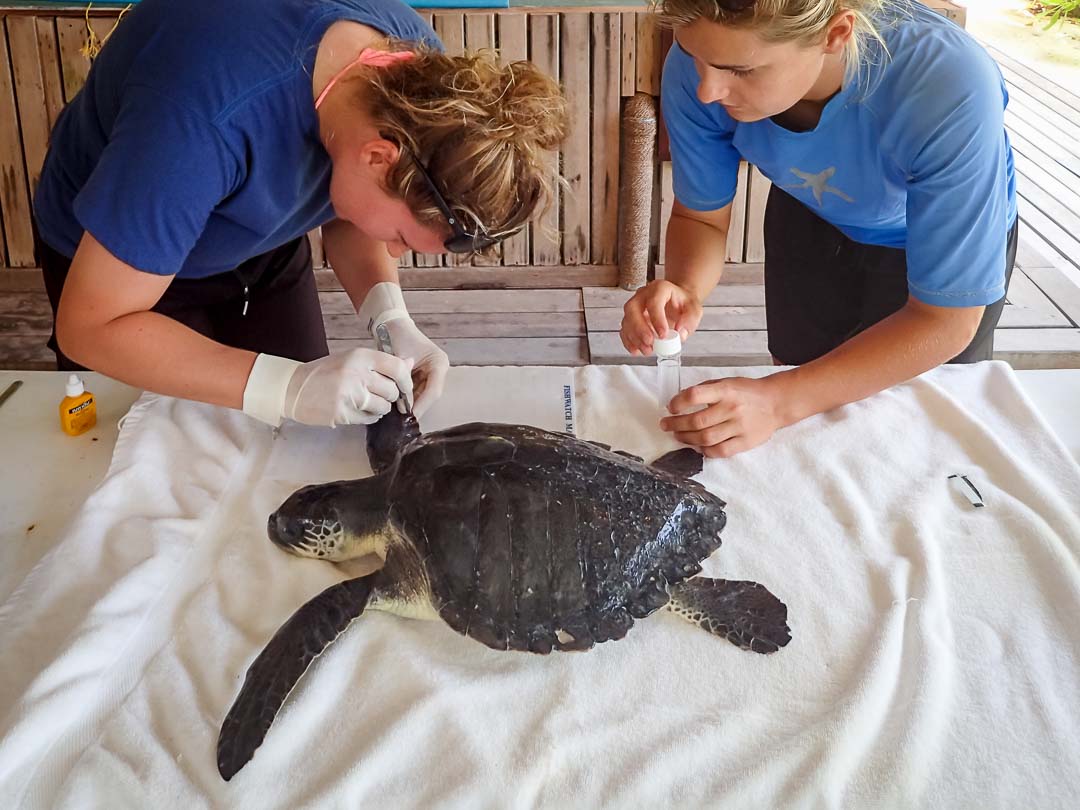 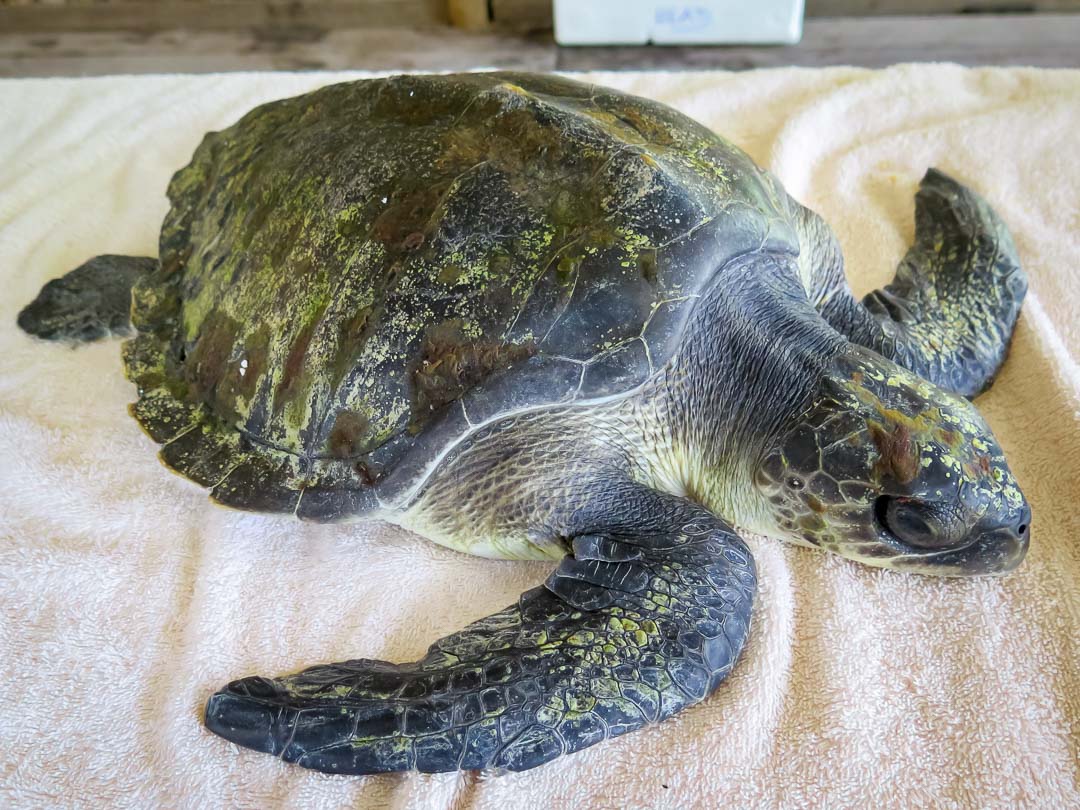 Captain continues to do very well in our care, eating well and enjoying the company of the other turtles in his pool. He no longer requires fluid therapy and medication for his buoyancy, so he is left to relax and play with his toys throughout the day. Due to his severe emaciation on arrival, it will take him a little while to gain enough weight to be able to release him, however he is making progress towards that goal. He consistently eats all of his food, as well as the scraps of the floating turtles that feed above him. Since his arrival in January he has already gained over 800g in weight!

After 67 days of rehabilitation at our Kuda Huraa facility, it was finally time for this gentle juvenile to return back into the wild. Captain had made steady progress throughout his recovery and managed to regain over a kilo in weight!
On 14 March, Captain was released by guests at our popular ‘Aquarium’ dive site; he quickly took to the water and showed no hesitation when diving down to the depths. Bon voyage, Captain ! 🙂 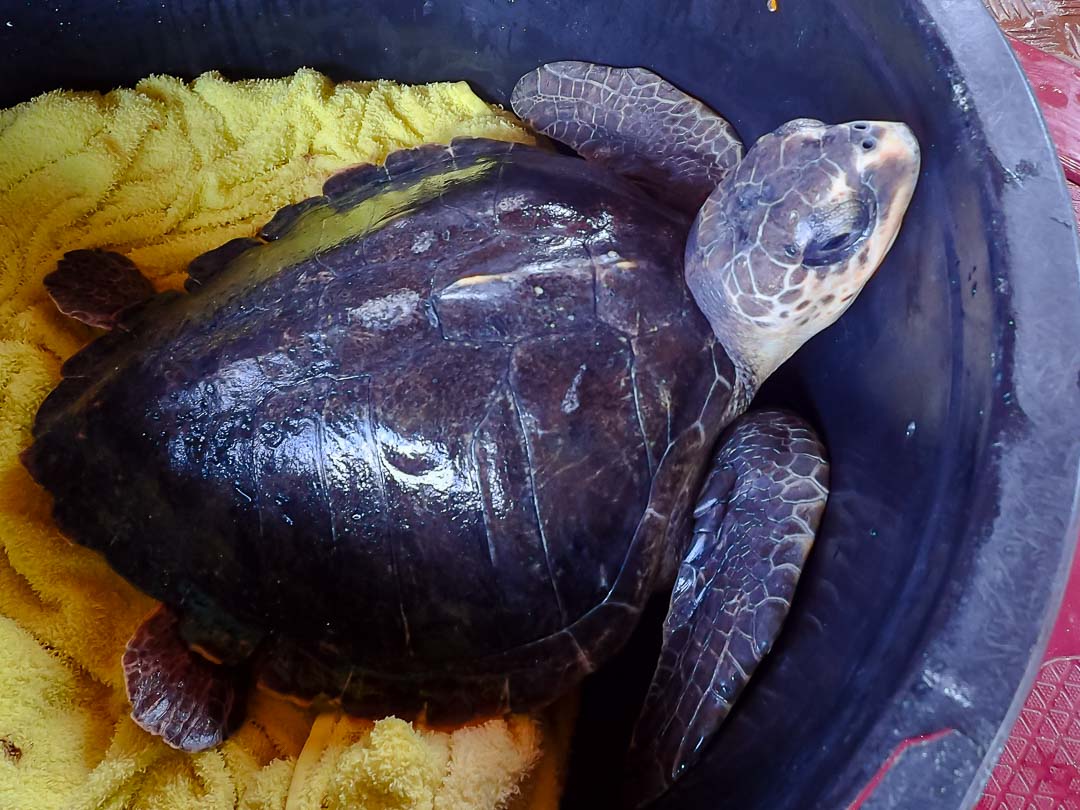 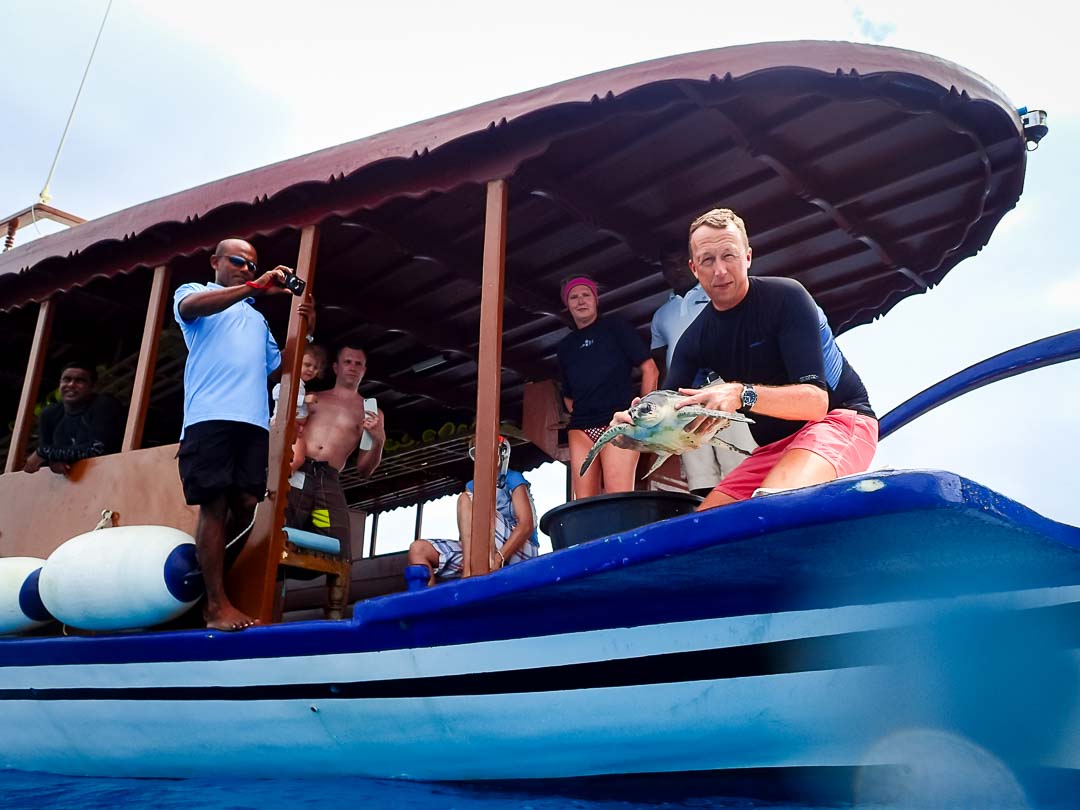