Ossy has been showing signs of improvement from her buoyancy syndrome. She spends most of her time floating on the surface, unable to dive down for food. Recently we have seen her floating lower in the water for up to two weeks in succession; we are unsure why this might be, but it gives us hope for a possible release into the wild.

Lefty’s neck is now largely healed, although his beak remains badly damaged and we continue to treat his carapace in an attempt to prevent surface peeling (a new antibacterial cream seems to be helping). 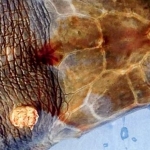 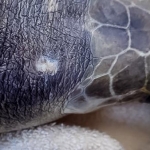 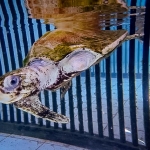 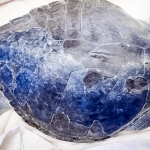 Upon reaching the island the turtle had already returned to the water, leaving behind several areas where the turtle had attempted to nest. Sea turtles will “false crawl” (emerge without nesting) due to various reasons, including poor nest site or disturbance. This turtle was most likely deterred from nesting due to human disturbance, as noted by the photographs taken with the turtle (that were sent to us).

If you encounter a turtle on the beach, please observe the turtle’s behaviour from a distance, to determine if the turtle is coming ashore to nest (the turtle will crawl up the beach and begin to throw sand and dig) or if the turtle is staying close to the surf and appears weak.

Nesting turtles should not be approached as this can result in a false crawl. Sea turtles will usually attempt to nest again within a short period of time after the initial attempt, however repeat failed attempts can result in the turtle eliminating the eggs into the water or absorbing the eggs, thus not laying a nest. If the turtle appears weak or injured it may be in need of medical care.

Please report all turtle sightings to the Marine Discovery Centre team based at Landaa Giraavaru and Kuda Huraa. 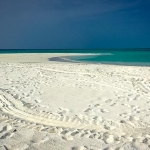 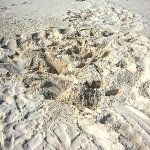 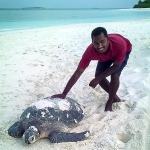 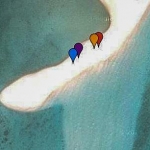 On 11 February, we welcomed 12 Green sea turtle hatchlings (Chelonia mydas) into the Head Start Programme at our Marine Discovery Centre, Kuda Huraa. These hatchlings were from a batch of six nests, laid in early December in Raa Atoll, producing a total of 93 hatchlings. Most of the baby turtles were released into the ocean, but we accepted 12 hatchlings into our Head Start Programme. Here we allow them to ‘grow on’ for up to 1 year in a controlled environment, for a much improved chance of survival in the wild. It is thought that under normal circumstances only one single turtle out of every 1,000 eggs will actually survive into adulthood and go on to reproduce.

Upon arrival, the hatchlings were weighed, measured, and photographed for identification. They have settled in nicely, all are very active and enjoying their twice daily seafood diet.

Currently, we also have five older Green turtles in our Programme, admitted as hatchlings and now measuring between 12 and 26cm in carapace (shell) length. Our target length is 30cm, so we hope to have a release in a few weeks’ time. 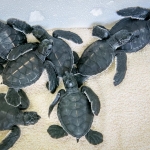 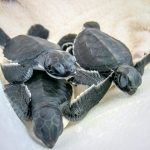 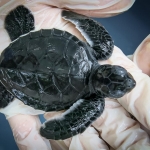 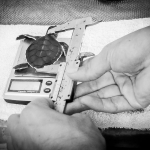 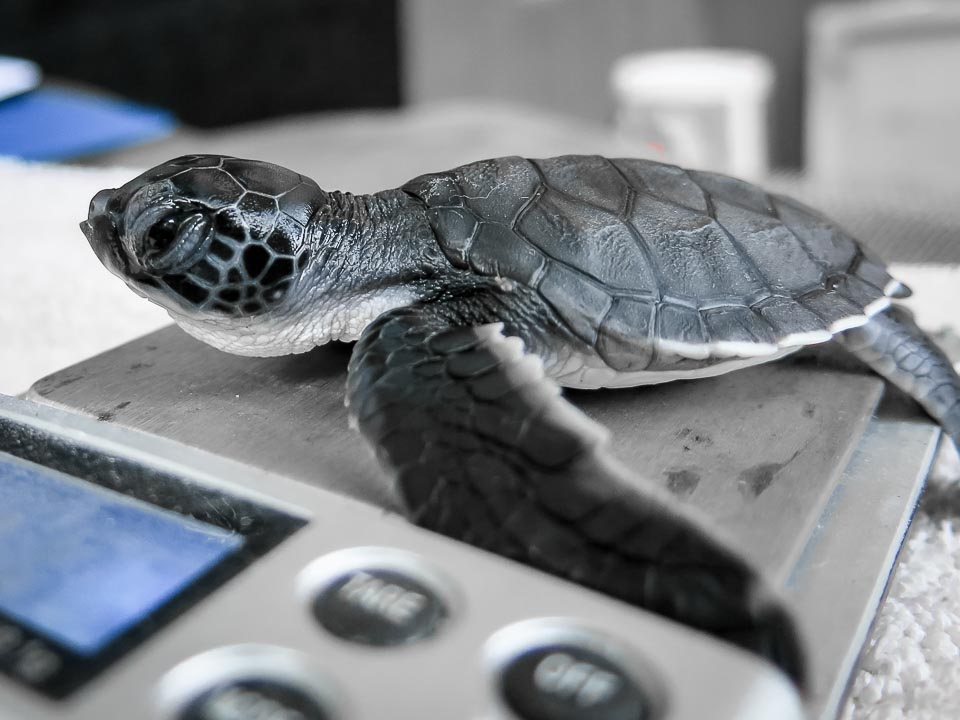