Marine Life – from the Lab to the Ocean

During May we saw two spawnings from our breeding pairs of Maldivian Clownfish (Amphiprion nigripes), but unfortunately the new hatchlings seemed weak and most did not survive (we are unsure as to the cause).
We have also witnessed some bullying behaviour in our young Clark’s Clownfish (Amphiprion clarkii), so the older juveniles are being moved to our large outdoor grow-out tanks.

This month we have successfully been growing all three of our phytoplankton species (Nannochloropsis, Tetraselmis and Isochrysis) and have new outdoor tanks full of algae. These are grown as food for our Artemia shrimp, which in turn are fed to the seahorses which are thriving. Our Rotifers are also growing well, to be used as food for our juvenile Clownfish. 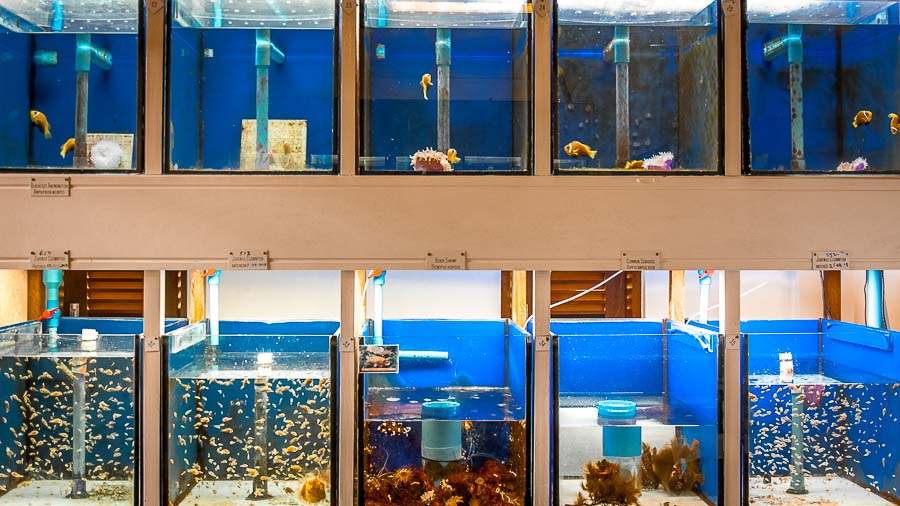 At the start of May we observed several blooms of the filamentous cyanobacteria Trichodesmium, also known as “sea sawdust”. The single organisms are rod-shaped, but in large quantities form a brown layer on the water surface which acts as a good food source for small organisms (such as dinoflagellates, diatoms and copepods).

The blooms may have been caused by warmer seasonal ocean temperatures, or increased iron and phosphate levels in the water. Increased levels of Trichodesmium are significant as they convert nitrogen into ammonia; in high concentrations this is a threat for corals, causing the expulsion of their zooxanthellae leading to bleaching and death. 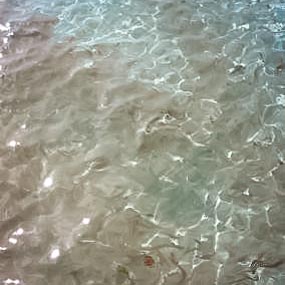 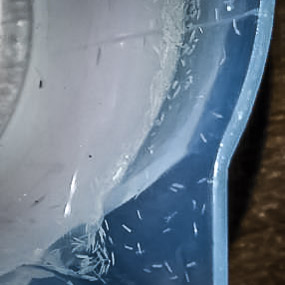 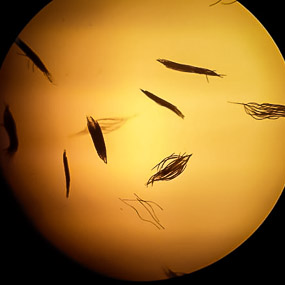 Despite the seasonal choppy sea conditions, visibility has been surprisingly good at 18-20m, allowing guests to clearly see the coral on the edge of the reef all the way down to the sandy bottom. Highlights this month included white tip reef shark, octopus, Hawksbill turtle and a school of Bumphead parrotfish (Bolbometopon muricatum).

The area north of Kuda Huraa from Dhonveli to Thulusdhoo has been excellent for sightings of Spinner dolphins this month. They will often swim alongside our boat and make impressive jumping and spinning displays in the air. There seemed to be many juveniles in the pods and on one occasion we were fortunate to witness courtship behaviour (a male and female swimming belly to belly).

Short Fin Pilot Whales (Globicephala macrorhynchus) have been spotted on two trips this month, some distance offshore between Dhonveli and Club Med. From our statistics, we can see that Pilot Whales are most frequently observed from March to May, but few actual studies have been carried out on Maldivian cetaceans and very little is known about their behaviour. Pilot whales are usually spotted in deeper waters outside the atolls, maybe feeding on their favourite food of squid. 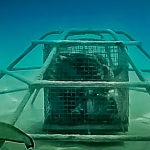 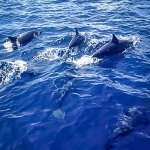 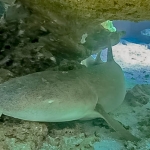 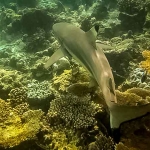 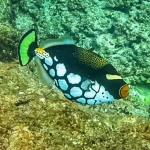 Experiments with a ‘Camera Trap’

We recently constructed a camera trap from old coral frames, by mounting a ‘Go Pro’ digital camera on one frame and a bait box on the other. We wanted to see which sharks and marine animal species would be attracted to the area. The bait box is filled with discarded fish leftovers and is completely sealed, so the smell alone is the attractant and the bait remains untouched.

We obtained some interesting footage, including shots of a lionfish being attracted to the bait; they are known to be active predators rather than scavengers. We hope to expand this idea in the future to the outer reef, to identify which shark species might be attracted.

Our two new fish tanks at the Sunset Lounge have become out of balance, resulting in excessive algal growth on the tank walls and over the live rocks. The reef frame work also became unstable due to the gobies’ habit of burrowing into the sand and under the rocks.

We are now in the process of rebuilding and restocking each aquarium, and plan to take several months finding a good balance between the marine inhabitants in the small ecosystem. Each species of fish, coral and invertebrate will perform a particular function and needs to be carefully chosen based on its behaviour and requirements. 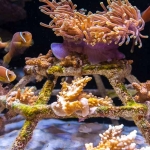 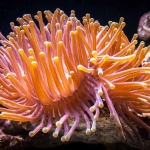 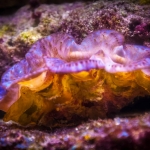 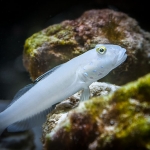 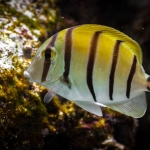