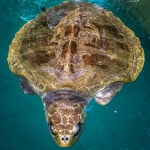 [A]t present, Elsa our Olive Ridley turtle is our only rehabilitation patient this month. Missing both front flippers she finds it hard to dive, and spends the majority of her time at the surface. We have started to feed her live crabs, to encourage diving and active hunting behaviour.

It is unlikely that we will be able to relocate Elsa to an aquarium due to difficulties securing permits and as space is an issue we may need to consider our options. A sea pen may provide us with a good next step in the hope of reintroducing her to the wild and alleviating pressures caused by lack of space.

[T]here are currently ten Green Turtles in our head starting programme, and we have recently been contacted by a marine biologist from Madifushi (Thaa Atoll) who may be sending us several Hawksbill turtles later this month.

We have been making improvements to our turtle feeding protocol, so all meat is now being weighed prior to feeding and recorded along with the amounts of any leftovers (which is removed after one hour, to preserve the water quality).

We are trialling a new design of vegetable feeder, and taking care to remove any uneaten foods before refilling (twice per day). This is encouraging the turtles to forage on various foodstuffs, and we hope to roll out the design to all of our pools over the coming months.

We have recently been analysing some of the data from our current batch of Green turtles. We can see how the weight gains of the turtles show a similar pattern, with a slow increase initially followed by larger gains as the turtle ages. However, when the turtles reach about 40 days old they start to grow at different rates, possibly due to increased competitive behaviours for food. The data for turtle lengths also reveal the fastest growth rates are within the first 80 days. 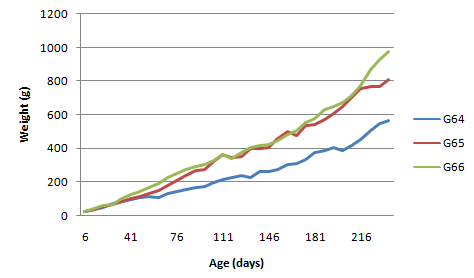 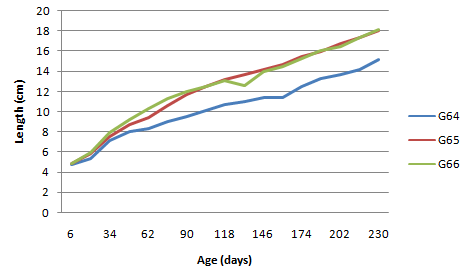 We received three new Hawksbill Turtles from Madifushi (Thaa Atoll) as planned, along with a Green Turtle from the neighbouring local island of (Bodu) Huraa, that was being kept as a pet. 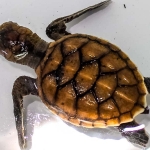 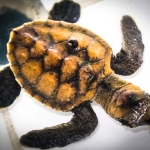 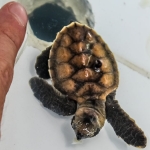 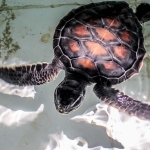 Mikka our Hawksbill turtle has been with us since she was rescued from a nest back in January last year. We are pleased to announce her successful release on 14 April, with a satellite tracking tag attached. After being released from the boat, we watched as Mikka swam down to the sea bed some six metres below us. She spent time getting acclimatised and adjusting to the new surroundings before swimming off into the blue.

Unfortunately, ten days later her tag stopped transmitting; it possibly developed a fault or has perhaps been damaged against some corals or rock. There is also a possibility that Mikka has been injured or killed somehow, but we hope that the signal will start transmitting again soon (something that has happened with our previous tagged turtles). 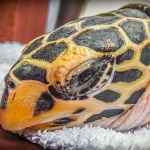 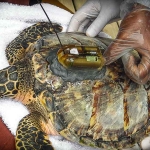 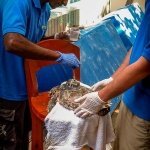 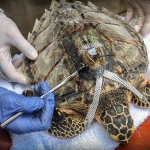 The tag is waterproof and designed for oceanic use 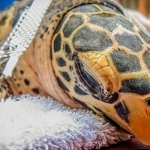 Mikka readying for her big release 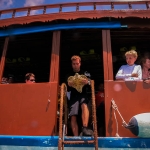 Our boat arrives at the release location 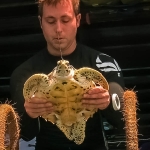 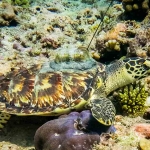 Mikka swims down to the sea floor 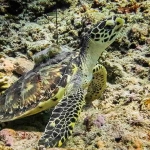 Checking out the environment, and getting her bearings 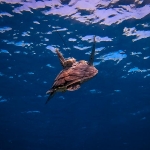 … and she’s off ! Swimming into the blue.

26-May update : Enjoy our new video of Mikka & Earnie’s releases (thanks, David)