[W]e transplanted a total of 25 new coral frames into the lagoon at Kuda Huraa during March, and monitored and photographed 158 frames all around the island.

We are currently experimenting with several different methods to increase the fish populations in the Spa area, particularly around the treatment rooms. Firstly, we added some new frames with coral species Acropora muricata and Acropora tenuis that tend to attract more species of fish. Secondly, we relocated a well-grown mature coral frame closer to the treatment rooms to see if this helps to attract fish to the area. And finally we relocated two soft coral species – Sarcophyton (‘Mushroom coral’) and Lobophytum (‘Leather coral’) – from our recent aquarium tank experiments. We will monitor all three methods over the coming months, to see which yield the most promising results. After just one week, we can see that the soft corals have established and are looking healthy, which is great news as this is a new technique that we hope to refine and develop in the future.

At Landaa Giraavaru, we successfully transplanted a further 52 new coral frames in March, bringing our total to 2,104 frames around the island! We have also been busy re-mapping the GPS co-ordinates of each frame, for improved accuracy.

The ocean temperatures have been steady at 29°C for the first part of this month, but from 23 March we have recorded a seasonal increase to 30/31°C (see Coral Bleaching). These elevated temperatures are not good for the corals, and sure enough we have already observed the telltale signs of coral bleaching on two of our coral frames in the Coral Garden – LG1668 (Acropora retusa, less than one year old) and LG1101 (two month old Pocillopora). 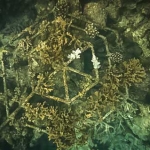 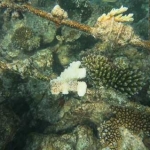 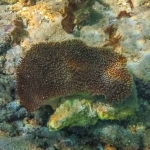 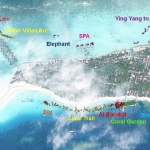 Ken and his team are the champions of a competition on environmental protection, held by M21 (Hong Kong Federation of Youth Groups – website / Facebook) and they came to the Maldives to make a documentary film to be shown in schools throughout Hong Kong. Ken had been researching the many environmental challenges that we face here in Maldives, and had chosen the Reefscapers coral propagation project as a positive example that can help to make real improvements to the marine environment.

On the first day of their visit, the team were given a tour of the facilities at Kuda Huraa’s Marine Discovery Centre. This included information on our turtle rescue and turtle hatchling ‘head start’ programmes, followed by a presentation on the lifecycle and biology of whales and dolphins. The day concluded with discussion about our coral reef propagation project, and the important role of our coral frames in the wider reef ecosystem.

The second day focused on the photography and filming of the new and mature coral frames in the lagoon. The team started off by kindly sponsoring their very own coral frame; they helped attach the coral fragments and then transplanted it into the lagoon. The frame tag number is KH1307, and you can monitor its growth over the coming months and years at our Coral Frame Collection page. The afternoon ended with underwater filming and photography, as the team snorkelled amongst our mature frames in the Coral Gardens and out to the natural house reef. 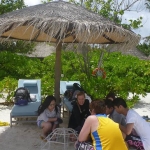 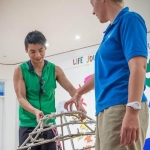 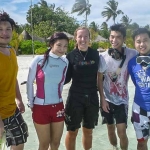 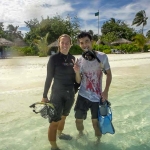 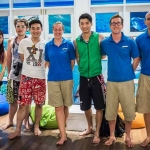 [W]e would like to thank Ken, Matthew, Jay and Terry for visiting us and supporting our work; we wish them every success with the production of their film in the coming months.

During their time in the Maldives, the team used the local island of Huraa as their base, and went on to visit Malé to interview members of the Bluepeace NGO about environmental issues. This was followed by an examination of the people and style of living in the congested capital of Malé, and went on to include an adventurous trip to the waste disposal island of Thilafushi.