July 2013 – The ‘Olive Ridley Project’ is now on Facebook 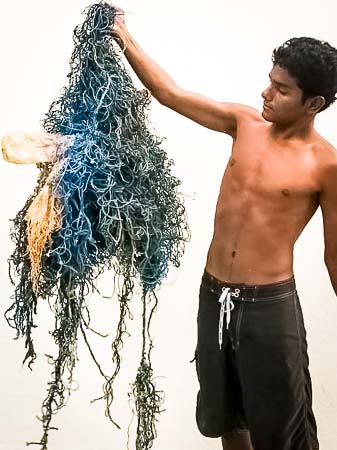 Ghost nets are fishing nets that have been discarded in the sea, either intentionally or accidentally, and they can float indefinitely in oceanic currents and pose a huge risk to wildlife through entanglement. Such nets are not actually used here in the Maldives, where the traditional pole-and-line method to catch tuna is still used. (The use of fishing nets is actually illegal here, apart from the smaller fine-meshed types used to catch bait fish).

At the start of July 2013 we opened a new Facebook group called the ‘Olive Ridley Project’. The aim of the group is to create awareness and cooperation in the Maldives (and beyond) in order to locate the source of the ghost nets that become a trap to so many Olive Ridley turtles.

The group quickly attracted over 200 members from all around the Maldives, to become a great resource for sharing information and experiences. A number of protocols have been created by the team in order to obtain all the knowledge possible from these encounters, and we are sharing this standardised documentation with members of the group. So now when an entangled turtle is found, we take detailed notes of the animal’s measurements and any injuries, along with information about the actual net itself.

So far we have received details of 55 injured Olive Ridley turtles, catalogued over three years from various atolls up and down the length of the country (Dhaalu, Ari, Gaafu Alifu, North Male and Baa Atolls). We aim to collect as much data as possible to look for any trends; for example, at the moment it seems that April to July is the most common time to find injured Olive Ridleys. Through this group, we have also created a stronger network and given other marine biologists information on how to help injured turtles, and how to transfer them to our rehab centre if necessary. 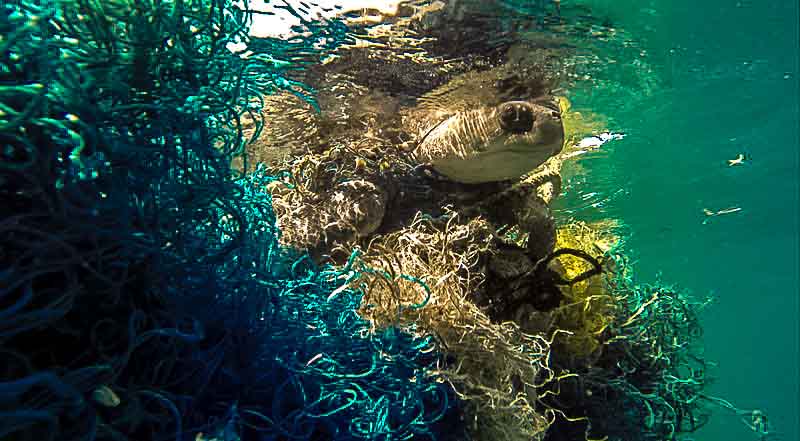 [B]ased on a research program in Hawaii, we have created an ID protocol for the nets that we find, and have started to record data including the colour, type of material, type of knots used, etc. We hope in the long-term to narrow down the source of these nets more specifically within the SE Asia region. We have contacted various environmental groups throughout the Indian Ocean who may be able to help us identify these nets and stop them from drifting across to the Maldives. We have also been in contact with a marine expert in Hawaii, who told us that these nets look similar to those found there. They are probably seine nets or monofilament gillnets from SE Asia, converging in the ‘Inter-tropical Convergence Zone’ and forming the tangled bundles that we are seeing here in Maldives. 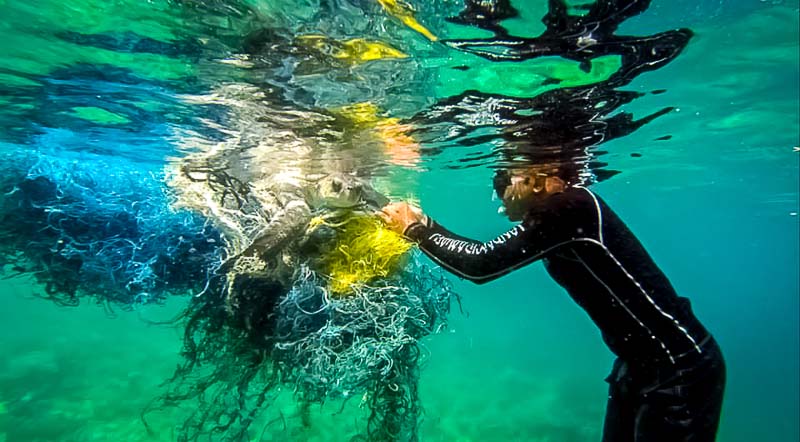 [S]o far, 55 net samples have been collected by our Project colleagues, and analysed using the standardised net identification protocol we have set up. Most of the samples are an aggregation of nets from multiple sources. The poor condition of some of the retrieved netting makes it difficult to unravel and photograph well; however, we are trying to extract as much data as possible from the samples and hope to build up a database of all the types of nets that we encounter. We were fortunate enough to find one net with a manufacturer’s label attached – “Garware-Wall” – so we plan to use their website as a learning tool. We have also contacted the company directly, and made a suggestion for them to implement a recycling system whereby financial incentives can be offered to local fishermen who return damaged nets to the company of origin.

We continue to expand our project by spreading awareness and making contact with scientists, NGOs and various stakeholders around the SE Asia region, who are also fighting against ghost nets in the ocean. The support we have received so far bodes well for our battle against ghost nets in the Indian Ocean, as we aim to reduce the likelihood of Olive Ridley turtles from becoming entangled. 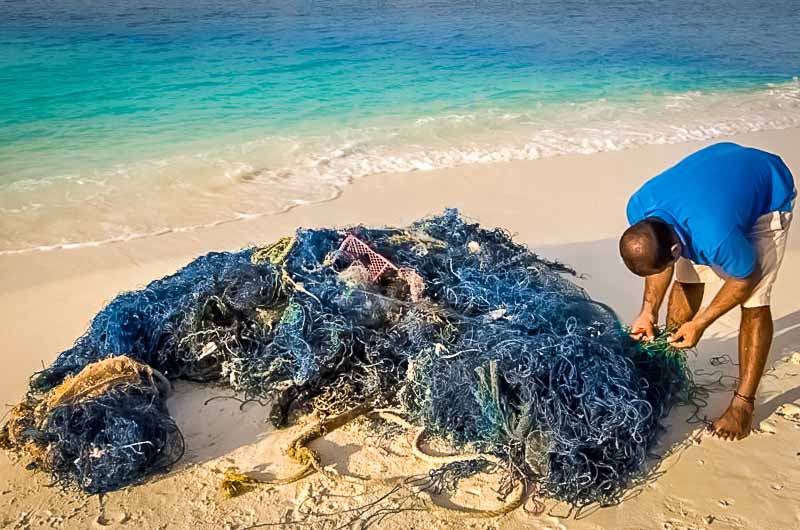 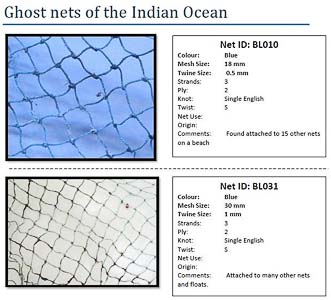 [W]e are continuing to collect data for our ghost net programme and currently have more than 80 net samples (61 unique types) in our database, some collected by us and others sent from across the Maldives and as far away as India. We have put together an identification booklet, which is now available for downloading from the Facebook group.

A few weeks ago, we were pleased to welcome the chief environmental journalist Damian Carrington (from UK newspaper The Guardian) to Landaa Giraavaru, to report on our projects at the Marine Discovery Centre. You can read his article here –

“ ‘CSI turtle’ launches investigation into ghost fishing nets found in the Maldives ” – scientists on Landaa Giraavaru hunt for the culprits behind the increasing number of lost nets that cause injury to sea turtles. 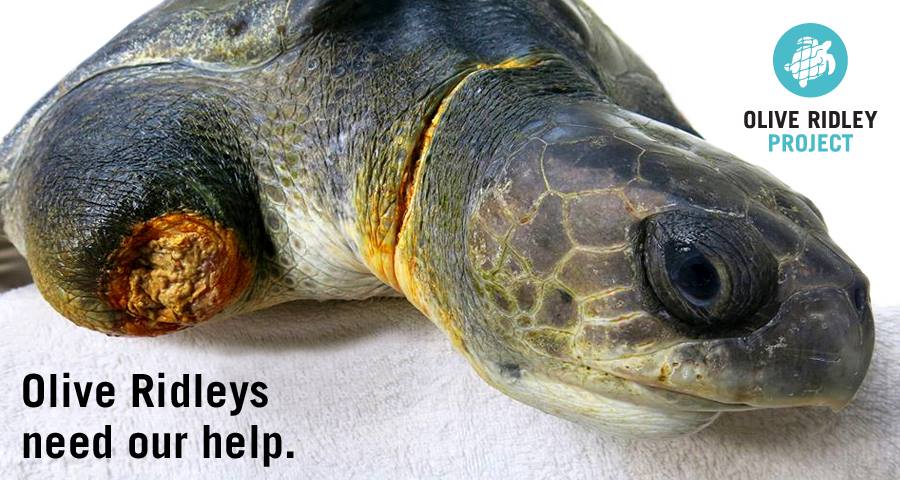 For all news and updates for 2014 onwards, please visit the official website : OliveRidleyProject.org

Here you will also find protocols and instructions on how to submit details of a ghost net into the database.